UCF Knights defeated Eastern Shore tonight by the final score of 76-58 behind the efforts of both Matt Williams Jr. and Tank Efianayi.

Both Williams and Efianayi were in the zone tonight especially in the second half as Williams hit five threes in the half, six for the game, proving why he is clearly one of the best shooters in the country and totaled 23. 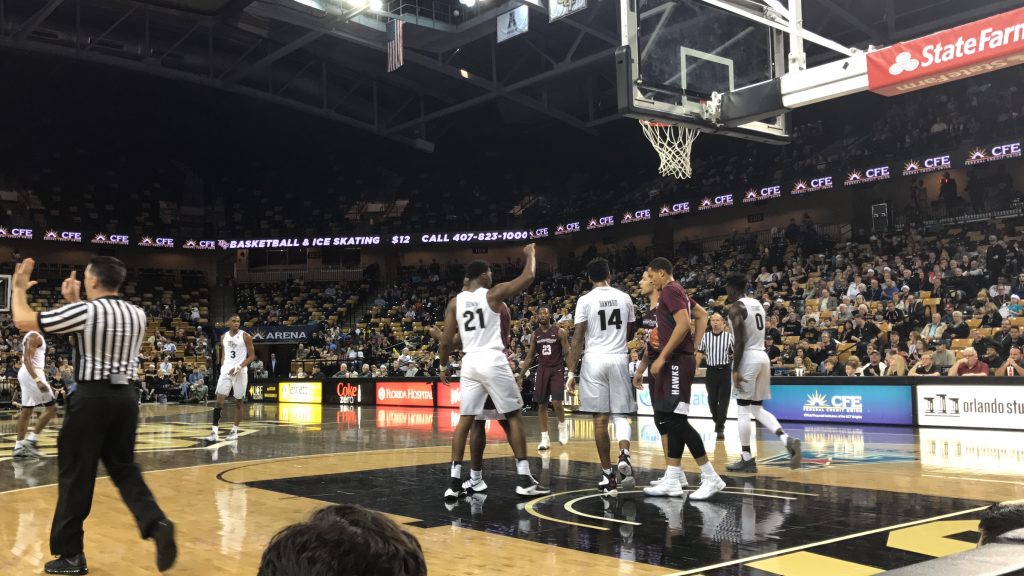 Williams talks about being in the zone and how his teammates and coaches telling him to just keep shooting “It comes from the confidence that I build from my team, my coaches. Every day at practice, I make sure I get shots up. I make sure guys coming to shoot with me. It’s just more of a confidence thing, it just comes from my teammates, everyone has positive energy, the coaches have positive energy and they let me know you keep missing, you keep shooting. It’s really just a confidence thing.”

Williams also contributed on the glass as well as he had double digit rebounds for the first time in his UCF career as well as his first double-double as his stat line was 23 points and 10 rebounds.

“It felt pretty good, just want to say it comes from my teammates,” says Matt Williams on getting his first double-double. “I had a lot of my teammates on the bench telling me way to rebound and stuff like that, so it just came from the confidence of my teammates.”

Efianayi also had a big game tonight as he scored 20 points four rebounds and a block as he is continuing to contribute big time as he has scored 20 points in back to back games and is becoming a key player for UCF as he continues to grow.

This is also the first game for UCF since learning about B.J. Taylors hand injury and coach Dawkins mentioned how proud he was of his team. 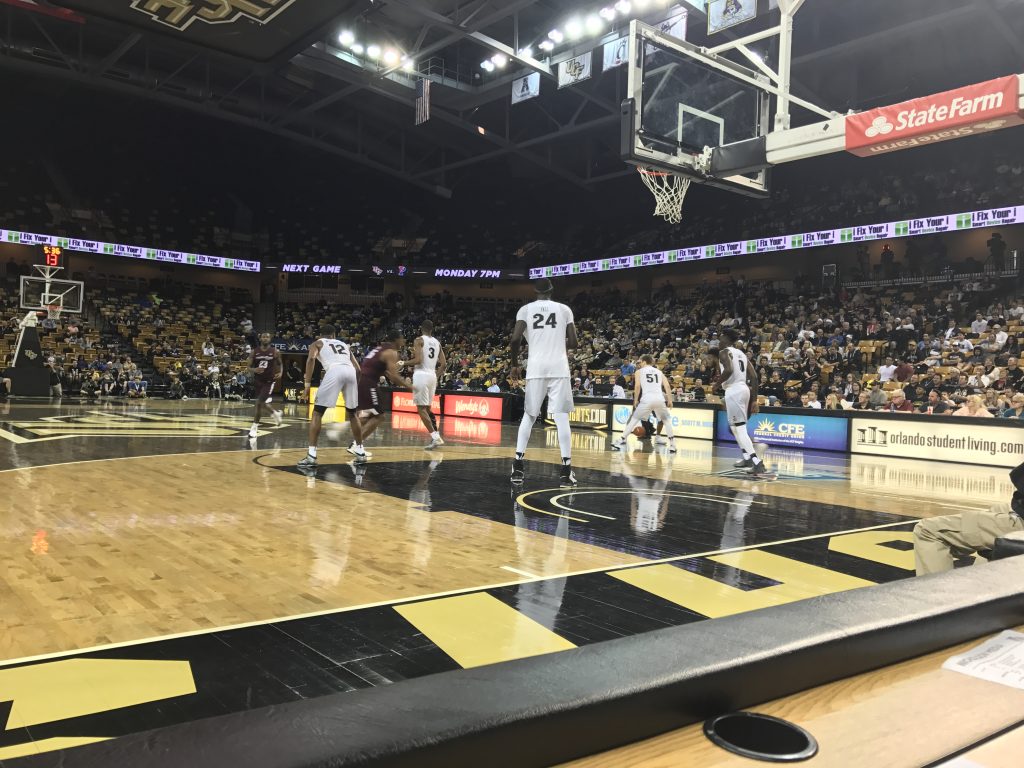 “It was a really good win for us.” Says coach Dawkins, “with B.J. not being on the floor for us, was going to make a game where we had to work together and come together to be successful, so I’m really proud of our guys against a team that I thought was very scrappy, they play unorthodox and I thought our guys responded well.”

A.J. Davis was placed at the point guard spot and responded well as he had nine assists tonight but also had six turnovers as well.

“I thought A.J. was fine,” says coach Dawkins on Davis playing at point guard. “I think he had six turnovers but I look at this way. A.J. missed the first five games of the season and then missed a number of practices so he’s still trying to find his rhythm, get his timing. It’s going to be a process for him.”

Coach makes a point as Davis just got back and for Davis to not only recently getting back, but now has to be more of a play-maker with Taylor, but in the end Davis had a nice night in distributing the rock and getting his teammates involved.

With this win, the Knights move to 7-1 on the season and will now have to make a quick turnaround as the Knights will play Monday night against Penn, then will have to travel to play against George Washington on the 15th, then coming back home to play on the 18th and the 21st of December

“We literally, starting today, I think we have four or five games in 10 or 11 days,” says coach Dawkins. “You know I feel we have a NBA schedule right now, the way we’re going to be playing.”

Should be interesting to see how the Knights will play on a quick turnaround for the first time this season as they will host Penn. The game will at the C.F.E arena and you can also watch the game on ESPN 3 at 7:00 p.m. eastern.