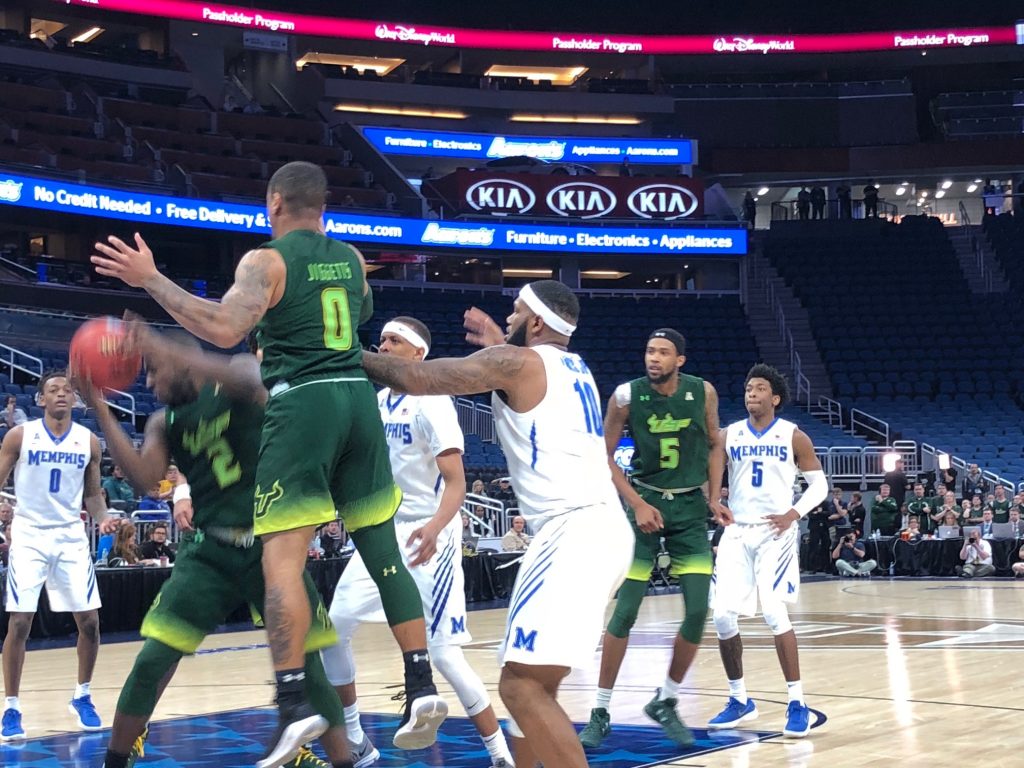 USF Bulls had an up and down game, trailing by as much as 15 in the middle of the second half but were able to come back only lose in a tight game 79-77 against the Memphis Tigers in the first round of the American Conference Tournament.

The Bulls were so close from a comeback towards the end of the game and had every opportunity to do so but down the stretch, they could not score a basket. In fact, the last five minutes of the game, they did not hit a field goal for over three and a half minutes. This game could have been a different story had they found a way of scoring a bucket.

“It’s just tough, it’s a bitter pill to swallow when you’re playing pretty good basketball and you want to continue to play and then it ends.” USF Head Coach Brian Gregory said.”

The Bulls also struggled from the free throw line as they shot only 16-26 for the game, good for only 61.5%. 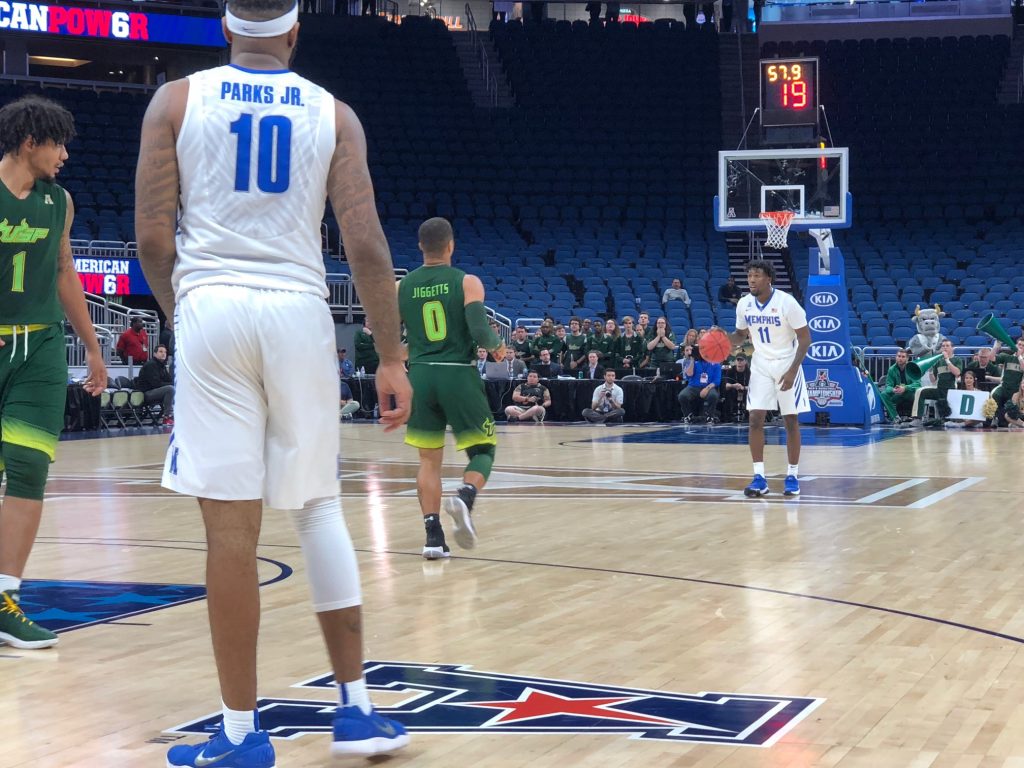 The Bulls did have a bright spot in the game in David Collins. Collins had himself a day and was almost flawless in the game. He had 30 points on 11-13 shooting including making his first eight shots of the game. He shot 2-2 from the three-point line and had 21 of his 30 in the second half in order to help USF make the comeback.

“Yeah, obviously great game, great aggressiveness, good decision making,” Gregory said. “As I said, could have easily been a Freshman of the Year in our league, showed it tonight.”

Stephan Jiggetts also had himself a game. He had 16 points, five rebounds and dropped four dimes and had a great look towards the end of the game when the game was at 79-76 but missed the wide open three.

“I actually thought it was going down. It was a line drive, so I thought I was going to hit that, really.” Jiggetts said. 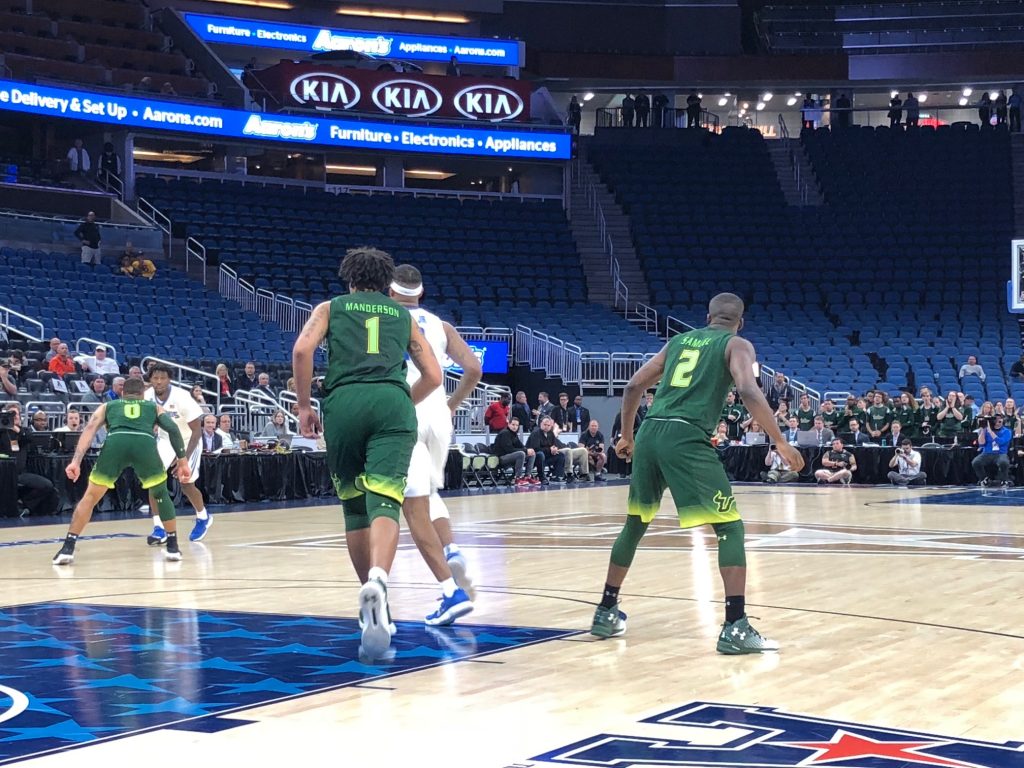 For Memphis side of things, they had the game in hand at multiple points in the second half but almost had a nightmare that could have turned into reality. They almost blew a 15 point lead if Jiggetts would have hit that shot.

Kyvon Davenport was all over the place for the Tigers as he had 27 points on 10-13 shooting and was one rebound shy of the double-double with nine.

Also, Orlando native David Nickelberry had 14 points on 6-8 shooting from the field coming off the bench and had one of the best games of the season.

With the loss, USF has been eliminated from the American Conference Tournament and their dreams of playing in the NCAA Tournament have been shattered.