Starting tonight USF head coach Charlie Strong will meet with fans during his weekly radio show at World of Beer on Fowler Ave.

The USF Football Radio Show will broadcast live from WOB weekly throughout the 2017 season. Hosted by the Voice of the Bulls Jim Louk and football analyst Mark Robinson, the show gives fans a chance to meet Strong in person or listen to weekly updates about the football team.

USF Athletics and WOB encourage fans to attend the show live and get the chance to take pictures with Strong, Rocky and USF spirit squad members. Other Bulls sports head coaches will be guests on the show throughout the season.

Any Bulls fans who attend the show in USF gear will receive their choice of a free pretzel, flatbread or draft beer card. WOB will also offer Happy Hour specials, which include: $5 tavern shares, $3 drafts, $5 spirits, $6 wine and five for $25 Cigar City buckets. 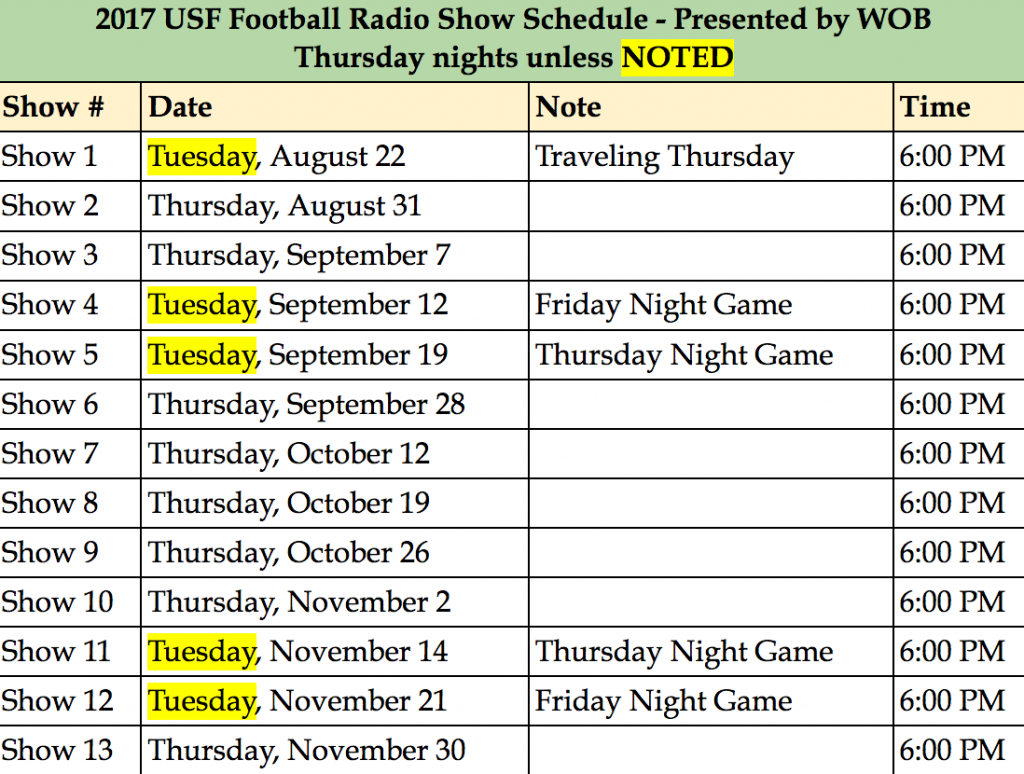 The Bulls enter the 2017-18 season with the highest preseason ranking in program history. They are ranked No. 19 in the Annual Preseason AP Top 15 poll, which was released on Monday.

The AP Top 25 Poll is selected by a national panel of sports journalists. The Bulls are also ranked in the preseason Amway Coaches Poll at No. 21. Both rankings are the highest in USF program history.

This is the first time the Bulls have been ranked since 2008 and just the second in program history. During the 2008 season, the Bulls rose as high as No. 10 during week five. 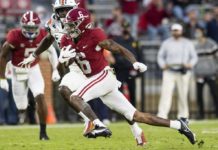