The season may be over, but USF is still bringing in national recognition after a record-breaking season being led by junior quarterback Quinton Flowers who has been named the 2017 College Football Performance Awards National Performer of the Year.

The award was announced Thursday by CFPA Executive Director Bradley C. Smith. The CFPA recognizes weekly, annual and multi-season (career) award recipients and in the announcement said winners are “selected based upon objective scientific rankings of the extent to which individual players increase the overall effectiveness of their teams.”

The CFPA went on to say in a letter to Flowers, obtained by USF, “after an extensive review of the existing data, literature, and evidence, it was determined that you (Flowers) were responsible for the most overall team success of any player in Division I FBS college football.”

Flowers helped lead the Bulls to their first ever 11-2 season and first final AP ranking, coming in at No. 19. Over the course of the season he also shattered numerous records for total yards (4,337), total touchdowns (42), rushing yards (1,530), rushing touchdowns (18) and passing touchdowns (24) while also ranking in the top 20 nationally in 10 offensive categories. His 1,530 rushing yards in 2016 were the fifth-most by an FBS quarterback and were second only to Heisman winner Lamar Jackson this season. He finished the season fourth in the nation with an average of 7.73 yards per carry and 10th in total offense producing 334 yards per game.

Flowers became the first player in USF history to pass for 2,000 yards and rush for 1,000 in the same season. He produced nine games with at least 300 yards of total offense, including 366 yards and five touchdowns over South Carolina in the Birmingham Bowl, which was a Birmingham Bowl record and earned him the MVP title.

He shattered more school records for total yards (6,650), rushing yards (3,714), touchdowns (77) and scoring (569 points) and was ranked fourth in the nation in scoring (43.8 pig) while leading the Bulls to a nation-leading streak of 17 straight games scoring at least 30 points. 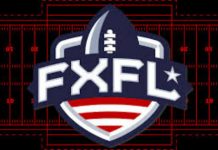 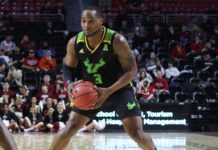