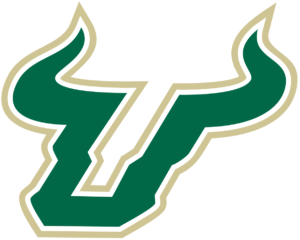 After his team surrendered a tying 3-pointer by South Florida in the closing moments of Saturday’s game, coach Frank Haith calmly called timeout and drew up the University of Tulsa’s winning play.

With 4.4 seconds left, point guard Sterling Taplin drove down the Reynolds Center court and dished to the corner, where Curran Scott sank a buzzer-beating 3-pointer that vaulted the Hurricane to a thrilling 78-75 win.

“We practice all the time on certain plays we run with a certain amount of time on the clock, so it’s not like it’s something they’ve never done before,” Haith said. “When it executes, you have to make the shot. Give Curran a lot of credit. He made the shot.”

Scott, a junior guard from Edmond, was inserted into the game for the final play, which went according to plan. He was mobbed by his teammates during a lengthy celebration in front of an elated crowd.

“It’s just exciting to, one, win the game and, two, you have your teammates around you jumping up and down,” Scott said. “So it’s just a rush at the very end right there. It felt really good and it felt great to come out with a win today.”

Against a resurgent USF team that entered on a seven-game winning streak, the Hurricane (11-4, 1-1 AAC) built an 11-point lead with six minutes to go and was up nine with 72 seconds left. A full-court press forced two crucial turnovers in the final minute, including one that resulted in the Bulls scoring to pull within one.

Our customized coverage could save you $782 on auto and home insurance. Get a free quote in minutes today and switch .

After Taplin made all four of his free throws in the last 30 seconds to finish 10-for-10 at the line, USF guard David Collins hit a well-defended 3-pointer that tied the game. TU went on to win for an eighth time in as many meetings with USF.

“Tulsa is going to be tough to beat at home,” second-year USF coach Brian Gregory said. “Their older guys know exactly what to do and it kind of showed. They’ve bounced back from a tough loss on the road (at Houston) the other night to play very, very well today. They’re a team that is going to be reckoned with in this league, for sure.”

For a second game in a row, the Hurricane went up against an excellent rebounding team. The Bulls finished with 16 offensive boards, which led to 19 second-chance points.

“We need our guards to rebound,” Haith said. “Some teams are big and send four guys to the boards, and they’re long and can reach over you. It’s all that our bigs sometimes can do to hold those guys off, so what has to happen is our guards have to come in and get those loose rebounds.”

Aside from the final minute, the Hurricane delivered one of its better performances, shooting 45.5 percent from the field. DaQuan Jeffries scored 20 points, his fourth game of at least 20 this season.

“It’s better to learn from a win than a loss,” Haith said. “We’ll get better from it, but the fact that we executed down the stretch, I’m proud of that. When you get to conference play, just win, then you move on.”

South Florida could help their chances of a Big 12 invite with a win over Tulsa and the start of an AAC winning streak. 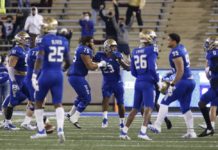 AP Top 25: Gators and Miami stay in place despite wins. Tulsa shows up at No. 25