The 2016 season was a nightmare for the Rays. They finished with a record of 68-94, last place in the AL East, and their fewest wins since 2007. All the positive momentum that the team had been building after the departure of Andrew Friedman and Joe Maddon seemed to collapse.

The lack of quality personnel to fill in when injuries hit led to questions as to whether the current front office knew what they were doing. The Rays had just a -41 run differential, yet lost 94 games. The other fifth place teams averaged a run differential of -125. With that, it seemed fair to ask if Kevin Cash was the right hire for the job?

The Rays never were able to recover after going through a 3-24 streak from June 16 to July 16. It was the worst 27-game stretch in club history and worst by an AL club in a season since the 2003 Tigers began the season 3-25. To be fair, no team could recover from that type of streak.

The Rays spent the 2015 season going a few games above and below the .500 mark.  In April they dropped to four games below .500 but rebounded to get to 11-12 by months end. Unlike 2015, injuries hadn’t decimated the lineup or pitching staff.  During the month of April, the Rays did not add anyone to the disabled list.  The highlight of the month was Blake Snell‘s debut at Yankee Stadium on April 23rd.

Snell opened the season ranked the Rays number one prospect by MLB Pipeline and the games 12th best overall. He worked five innings and departed with the Rays up 2-1. Unfortunately, the bullpen wasn’t able to hold the lead and the Rays fell 3-2.

Rays Lose Forsythe, Kiermaier In May:

The Rays finished the month of May with an 11-16 record. On a more positive note, they did hit 44 homers (3rd in MLB), tying the franchise mark for any month (September 2012).

The Rays did not use the disabled list in April but their luck ran out in May after Logan Forsythe was hit by Felix Hernandez. He remained in the game to run the bases but was uncomfortable fielding in between innings and departed the game. He was diagnosed with a hairline fracture of the left scapula. At the time of the injury Forsythe was hitting .308 and lead the Rays in hits (33), walks (14), and slugging percentage (.523).

The Rays entered play on May 21st a game over the .500 mark. In the bottom of the fifth inning James McCann sent a low line drive to center field. Kevin Kiermaier raced in, dove to make the catch, and broke two bones in his left hand in the process.

Boxberger wouldn’t remain healthy for long. On May 31st he threw 16 pitches before departing the game with a left oblique injury.

The injuries were piling up as were the losses. Steve Pearce was also out of action the final few games of May with right elbow inflammation.

June Only Gets Worse:

Early in the month the Rays placed Brandon Guyer on the disabled list becoming the fifth player added in a 24-day span. This after the team had not placed a player on the DL in the seasons first 41 days.

In mid-June Steven Souza Jr. was placed on the disabled list with a hip strain. On June 21st the Rays outfield was in tatters. Souza, Kiermaier, Pearce, Guyer, and Mahtook were all out of action. To add some depth the Rays traded a player to be named later to the Minnesota Twins for Oswaldo Arcia. At the end of June, the Rays placed closer Alex Colome on the disabled list. 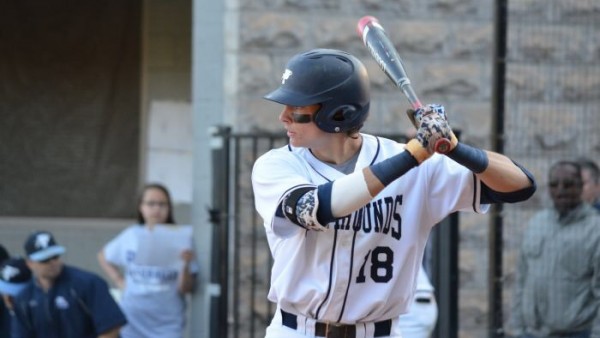 The Rays entered the 2016 season ranked by Baseball America as the 13th best farm system in the game.  This was up from 20th entering the 2014 season.  With their first selection (13th overall), the Rays selected infielder Josh Lowe from Pope High School in Georgia. Lowe currently ranks as the organizations 9th best prospect by MLB.com.

They had two picks in the second round. With them they selected Ryan Boltd out of the University of Nebraska and Jake Fraley out of Louisiana State University.

Boltd is currently ranked by MLB.com as the organizations 26th best prospect. Fraley, injured most of the season, just completed a dominant winter playing in Australia where he hit .361/.449/.660 with 13 homers and 39 SB’s in 40 games.

Austin Franklin was drafted in the 3rd round out of Paxton High School in Paxton Florida. He currently ranks as the Rays 13th best prospect by MLB.com.

They also signed Kevin Jepsen, who had been released by the Twins, to a major league deal. Luke Maile was called up to replace Hank Conger on the roster.

The Rays went on to finish July with an overall record of 9-16 but won their last four in a row and 8-7 over the final 15.  At the end of the month they lost Oswaldo Arcia to a right elbow strain and Logan Morrison to a right forearm strain. On a more positive note, the Rays winning ways could be attributed to getting their players back from the disabled list.

By the end of July only five players Logan Morrison, Oswaldo Arcia, Chase Whitley, Alex Cobb, and Mikie Mahtook were on the teams DL.

The Rays made a series of trades by the August 1st trade deadline. They sent Brandon Guyer to the Cleveland Indians minor leaguers OF Nathan Lukes and RHP Jhonleider Salinas.

Normally finishing a month a game under .500 (14-15) would not be considered an achievement, but in a season full of losses, it was a welcome respite. They even finished the month winning 10 of 17.  They hit 42 homers in August, tied for fourth most in any month in franchise history. In addition, they led all of MLB with extra-base hits for the month and were fifth in runs scored.

Desmond Jennings was placed on the disabled list in early August. On August 27, he was taken off the teams disabled list and designated for assignment.

“It was time, best for him, best for us going forward,” manager Kevin Cash said. “Wish him the best with his career going forward. It was just unfortunate it didn’t work out. Couldn’t quite get him on the field as much as we’d have liked. We had to make a decision.”

Alex Cobb made his season debut on September 2nd against the Toronto Blue Jays and logged five innings allowing just two earned runs while striking out seven and walking one. He’d end up making five September starts. In his first three he allowed six earned runs in 17.2-IP. In his final two starts he allowed 15-earned runs in 4.1-innings of work.

While Cobb returned from the disabled list, a trio of Rays had season ending surgeries in September.

The month of September was painful for the Rays and their fans as the team limped to the finish with a mark of 12-18 (including 2-0 mark in October). Finishing the nightmare of a season 68-94.  They finished in last place in the AL East, 25-games behind the Boston Red Sox.

After finishing the season (68-94) with the clubs worst record since 2007 (69-96), Matt Silverman and company knew they had work to do in the offseason.  At the same time, both Silverman and Cash realized that there were a lot of extraneous factors that led to the poor record and a knee jerk reaction wouldn’t be prudent at this time.

The front office’s job was to get the ship pointed back in the right direction and hopefully set the stage for the talent that has been marching through the farm system to be ready to contribute sooner rather than later.