Those with traditional work weeks have finished their work for 2017. Congratulations on that.

Attaching superlatives to a year as it ends is always a bit foolish. Yes, this year was trying in a lot of ways for a lot of people, but in the moment it is impossible to compare those trials to the ones presented to the world in any other year.

Regardless what anybody tells you, it is impossible to know right now how 2017 will be remembered. We might all have our ideas, but consider how wildly those ideas are going to differ between Americans In Violation Of Nothing.

This is as true in sports as it is outside of the semi-artificial games we know and love. If you’re a New England Patriots fan, 2017 was a much better year for you than it was for an Atlanta Falcons fan. For Miami Marlins fans, the year went from thrilling to agonizing in a heartbeat. For New York Yankee fans, 2017 was the brightest year this decade.

For Dirk Koetter, 2017 went from optimistic to disastrous and ended in sudden relief. Ben McAdoo had a much different experience. It was miserable for Jay Cutler and Ryan Tannehill. For Blake Bortles, 2017 was a great year. For Blake Bortles’ nearly countless detractors, it was a nightmare that by the way has not ended.

Whether you’re a Buccaneers fan licking your wounds, or a hockey fan enjoying the Lightning’s decisive takeover of Tampa Bay sports, we at Sports Talk Florida hope you’ve had a great 2017 and we wish you the absolute best of years in 2018.

Our countdown has come to an end. It is time to recognize the biggest sports story of the last year in Florida.

Coming into this college football season, expectations in the state of Florida were that a traditional power—highly-ranked Florida State—and a relative newcomer—AAC hopefuls South Florida—would end up on top of college football in Florida in 2017.

That prediction turned out to be about a third right. The traditional power and a relative newcomer both wound up in “New Year’s Six” bowl games. Problematically for the prognosticators, it turned out to be Miami and Central Florida.

On Monday, UCF will play in the Peach Bowl, hoping to cap off what would be the only undefeated campaign in the Bowl Subdivision Which Probably Needs A New Name. The Knights ran the table with authority.

Some facts from the UCF charge to the big time:

Winning in such grand fashion, unfortunately, is bittersweet in the nether-division of non-power-conference FBS football. Running the table meant the entire college football world was looking at coach Scott Frost as the next big thing. His name was kicked around in just about every coaching search this year, including nearby Florida.

Frost’s eventual decision was to go to Nebraska, where he went as a student. Nobody can fault him for wanting to restore a program he’s always loved in the shadow of a figure as beloved as Tom Osborne.

The move is a combination of just about every habit football coaches tend to have. Frost moved back to Osborne’s territory, which makes sense because he’s part of the former congressman’s coaching tree. He’s also attached to a program, which will always be a compelling part of college sports. On Nebraska’s end, the Cornhuskers have been in a down period relative to their storied history and wanted a familiar face to come in and hopefully revitalize the program. Frost fits that bill nicely.

The elephant in the middle of the room, of course, is that UCF ran the table with style but was never seriously considered for the College Football Playoff, a four-team setup almost purpose built to make the Bowl Subdivision Which Probably Needs A New Name an extreme example of the Haves and the Have-Nots.

Instead, Central Florida plays Auburn on Monday afternoon in the Peach Bowl. Should they win, the argument for their inclusion in the playoffs will have an exclamation point.

Alabama lost to Auburn, missed the SEC Championship, and still qualified for the playoff. Central Florida won their rivalry game in extremely memorable fashion and ran the table entirely. Conference title, no losses. If they beat Auburn, they can point to a specific example of something they accomplished that Nick Saban’s vaunted squad didn’t.

Oh, in terms of talent the Tide belong in the last four. It would surprise almost nobody if Alabama were to win the championship. Still, if Central Florida can win all their games in mostly emphatic fashion and not even sniff the playoff, what chance does anyone outside a power conference have?

The other missed opportunity, of course, would be a Florida Championship of sorts in the Orange Bowl against Miami. The problem is, even now that there’s a College Football Playoff that flies in the face of bowl traditions, those traditions continue to exist. Conference obligations are the main reason that UCF is in the Peach Bowl, rather than Wisconsin. College football continues to demand to have their cake and eat it too.

There is no official college football championship for the state of Florida.

That makes sense, of course, as there is no such championship for any state. Texas and California are also college football-heavy places with rivalries to beat the band, and they rarely get to settle state business.

Many times, the Florida Championship is settled in a game between the two clearly best teams. Problematically, this requires Florida State to be one of those two teams, and either Miami or Florida to be the other. With budding programs at South Florida, Central Florida, and even Florida Atlantic, it’s not guaranteed that any of those big three teams will be the finest in the state.

The result is a bunch of bowl games that exist for mostly moral victories, and a system that prevents scheduling the most interesting possible pairings for those now nearly-meaningless games.

One would suggest there is a flaw in any playoff where a team outside of it can make the case that they had the best season of anybody in the country. While UCF would not be anywhere close to favored to win against any of the playoff teams, depriving them of a chance to do so creates a scenario where a team can go undefeated, finish against a top ten opponent from the SEC, and never get their day in court. This doesn’t just disappoint their fans, it leaves a lingering thought in the minds of those who support whichever school will go on to win the playoff. 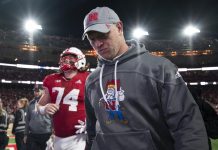 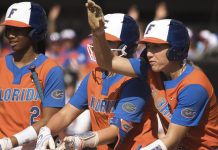 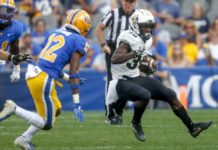 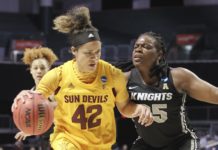