Our 2017 countdown reaches the top five

Every American sports city is unique, but at times it seems like Miami takes the cake.

The city on Biscayne Bay has a reputation for fickle fans, fairly or unfairly, and it seems at times like a college football team is the only one that truly represents the city and its attitude toward the rest of the world. (There was that one period with the Heat, though.)

Three stories in today’s installment of our 2017 countdown are at least partly based in Miami. The next time a person tells you about the reputation surrounding Miami’s sports fans, keep these stories in mind. Some things are relatively easily explained. 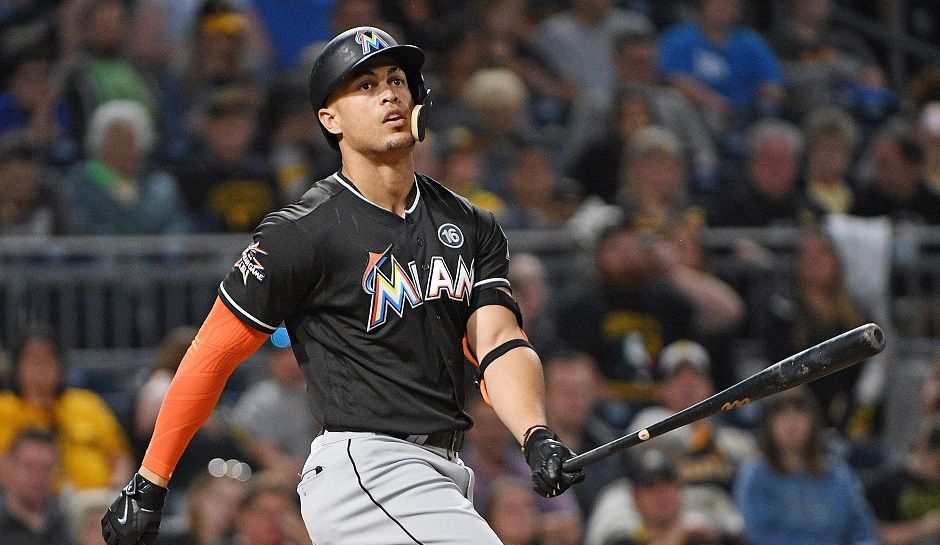 Since testing and widespread public shaming for the entire sport of baseball brought an end to the Steroid Era, Major League Baseball had not seen anybody seriously threaten 60 home runs in a season.

The milestone has gone back to the rare feat it had been before miracles of modern medicine allowed certain players to receive a free pass to a level we hadn’t seen prior. For many, Roger Maris’ 61 homers in 1961 once again assumed its spot as the ostensible MLB record for long balls in the course of one season.

That made Giancarlo Stanton’s season this past year stand out and capture baseball’s imagination a bit. No, the celebration of Stanton’s prolific power never came close to rivaling the 1998 home run chase sensation, but it put the Miami Marlins on the tip of baseball’s tongue for a September when they were effectively irrelevant.

At the end of August, it was mathematically possible (granted, only barely) to imagine Stanton actually threatening 70. That would have required tying the MLB record for home runs in a month, and then tying that number a second time in September, but it was nice for just a moment to imagine those numbers as approachable in any way.

A star slugger can change a franchise. People who wouldn’t come to a ballpark to watch the best baseball team in the world might be swayed by a once-in-a-generation slugger like Stanton. It makes a bad team watchable, and adds to the buzz around a good team. Simply put, they are more valuable to a franchise still seeking a fanbase and identity than anything else in baseball combined.

Coming into the 2017 NFL season, there was some buzz around two of the three Florida teams. Both of them had come off of promising 2016 seasons, and looked poised to build on that this season. One was even a trendy “sleeper” pick to sneak into a deep playoff run.

Instead, those teams will finish below .500 and the Jacksonville Jaguars will make the playoffs. The Jaguars have been dominant on defense throughout the season, adding shutdown coverage to a front seven that produces enough sacks to generate a nickname. We’ve been introduced to “Sacksonville” in 2017, and that’s not the only reason the Jags are going to the postseason.

NFL punchline Blake Bortles has, despite the protests of draftniks and quarterback worshippers the league over, been the kind of quarterback a good team can win games with. Despite the popular practice of judging quarterbacks on their records, it turns out that teams win or lose football games. Blake Bortles is on a good team, so the Jaguars win a lot of games. This has caused some teeth-gnashing around certain football circles as people scramble to make sure that we know that the Jaguars are headlined by defense.

It might be that a really good defense is no less beneficial to a team than a buzzword-heavy quarterback.

No market in the NFL could have used it more. For years on years, the Jaguars have been the center of wild speculation about a team relocating to London on a permanent basis. Of course, that’s a pipe dream that doesn’t even work well in dreams, but it doesn’t take much to imagine how hard it would be to root for a team that many NFL experts would rather put in another country than your town.

Somehow this feels different from the Brunell Jaguars of the late 1990s, or the Leftwich/Gerrard/running game Jaguars of last decade. Those teams contended on a high level, but this team feels like a statement. Northeast Florida is here to stay.

With the Jags likely to be the third seed in the AFC playoffs, this is the rare 2017 sports story that will carry over. Much of this list will focus on things that began and ended in 2017. The end of this story could, theoretically, make the 2018 list.

Since the Larry Coker era, Miami football had been somewhat adrift. They’d cycled through head coaches, rarely cracking the top 25 and not threatening for championships even when they had. Coaches had their work cut out for them: Tasked with rebuilding Miami with a less negative reputation off the field while college football realignment left them in a strange place. It was a nearly impossible job, which is why no one coach truly succeeded.

In Mark Richt’s second season as head coach, however, Miami became The U once again. The Hurricanes had to sit for three weeks due to Hurricane Irma, but before and after the break they looked invincible. Yet early on, the polls didn’t give Miami the credit they felt they deserved.

A solid victory over Virginia Tech finally put Miami in the College Football Playoff picture, as everybody realized they could run the table and end up in that four team tournament. Then they dominated #3 Notre Dame at home under the big lights of national television.

With several documentaries about Miami’s football history fresh in football fans’ minds, that matchup with Notre Dame got more attention than just about any regular season college football game this year. One of college football’s biggest rivalries was returning, and it proved an interesting test that the Hurricanes more than handled.

The Canes didn’t just compete, they made noise in a way only Miami can. The college football world became familiar with the “turnover chain,” the Mr. T-esque necklace defensive players would get to wear by prying the football out of the opponent’s hands. In a way, it felt for a moment after the Notre Dame game like Miami had never really left the top tier of collegiate football. How did the sport even manage without The U, many asked ourselves.

Miami eventually would go on to lose to both Pittsburgh and Clemson, but a two loss season was good enough to earn a top ten ranking and a berth in the Orange Bowl, familiar territory in so many ways. While it would have been nice to see Miami take on Central Florida in that game as an unofficial state championship, Miami and Wisconsin prove an interesting matchup that seems to point in the Hurricanes’ favor.

With the nature of the College Football Playoff, the New Year’s Six bowls are starting to take on a disappointed feel. Teams that reach the Orange Bowl do so knowing they were a game away from a shot to win the national championship. That’s a tough pill to swallow.

That gives an advantage to, for example, a school returning to prominence after a few years off in front of a home audience. 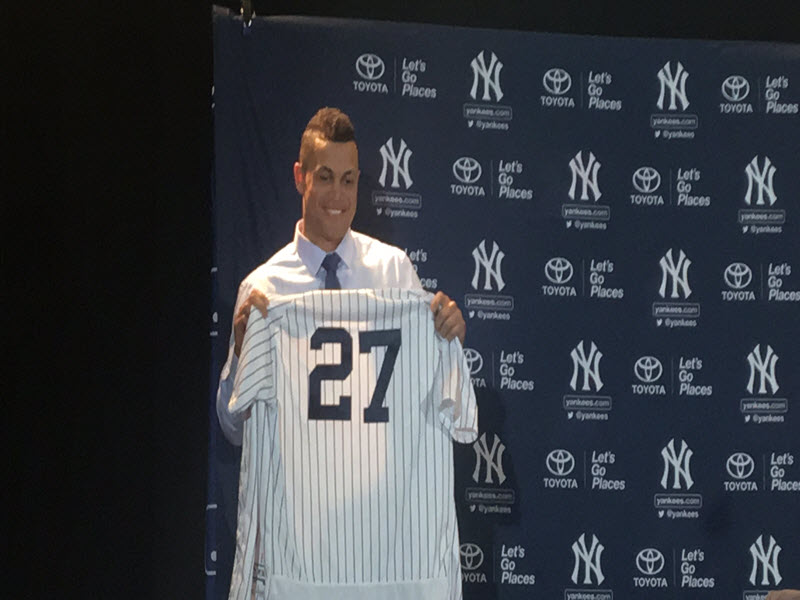 Giancarlo Stanton is a consistent home run hitter. There has never been any kind of ballplayer more capable of selling tickets to a team a market has never fully been sold on. Miami has demonstrated twice that it has a short attention span when it comes to a World Series contending ballclub. The city has embraced few members of the franchise, and most of them were embraced for reasons that had more to do with the culture of Miami than the Marlins themselves.

Evan Longoria is, without any question, the finest player in Tampa Bay Rays history and a sort of turning point in the organization’s journey from miserable expansion franchise to worthy AL East team. He was there when the Rays made their only trip to the World Series, he outlasted Joe Maddon and Andrew Friedman, and it generally seemed like Longoria was destined to be in Tampa Bay for his entire career.

With both gone, Major League Baseball fans in the Sunshine State are starting to ask what now?

That Giancarlo Stanton was traded by an ownership group fronted by Derek Jeter to the New York Yankees was lost on precisely nobody. In the sketchiest “franchise legend makes a trade beneficial to his old team” move since Kevin McHale handed the Boston Celtics Kevin Garnett for I honestly can’t remember what, the Yankees sent less than their finest prospects plus Starlin Castro.

The move was billed as a business decision, but many businesses would actively question the logic. The Marlins’ marketing department just lost 90% of their sales pitch, so it’s not a move aimed at putting hind quarters in empty seats. The prospects received aren’t the caliber of player that suggests a quick rebuild, either. This also means the new ownership has the same label as every previous Marlins owner: A group that perpetually sells the team’s best players at inopportune moments.

Meanwhile, the Rays trading Longoria may have netted them a better haul than what the Marlins got for Stanton, it was a crushing blow for a fanbase that has to work twice as hard as any other just to get the world to notice them.

Longoria in a Giants uniform might be more painful to the sports fans of Tampa Bay than John Lynch’s Broncos period, Warren Sapp the Raider, or Vincent Lecavalier the Flyer. He instantly makes San Francisco’s club better, and he instantly makes the Rays a little worse by not being on the team.

It’s true that Tampa Bay needs to rebuild, and they need prospects to do that. Perhaps the trade market for Chris Archer never materialized, but expect Tampa Bay to continue looking to deal. The Rays are in a position where they have to. While their roster can be interesting, and they proved capable of making waves in a tough AL East, that division seems to get tougher every year. Now the Yankees look like a potential juggernaut, and the Red Sox remain loaded with great young players like Mookie Betts that have already won two straight division titles. Without question, the Rays’ ceiling is simply lower than those teams right now. They need to go back to the drawing board. Still, the move they made was the least fan-friendly move possible. 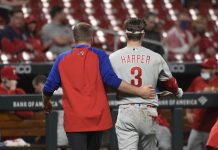 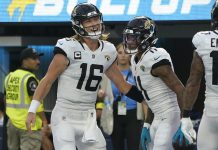