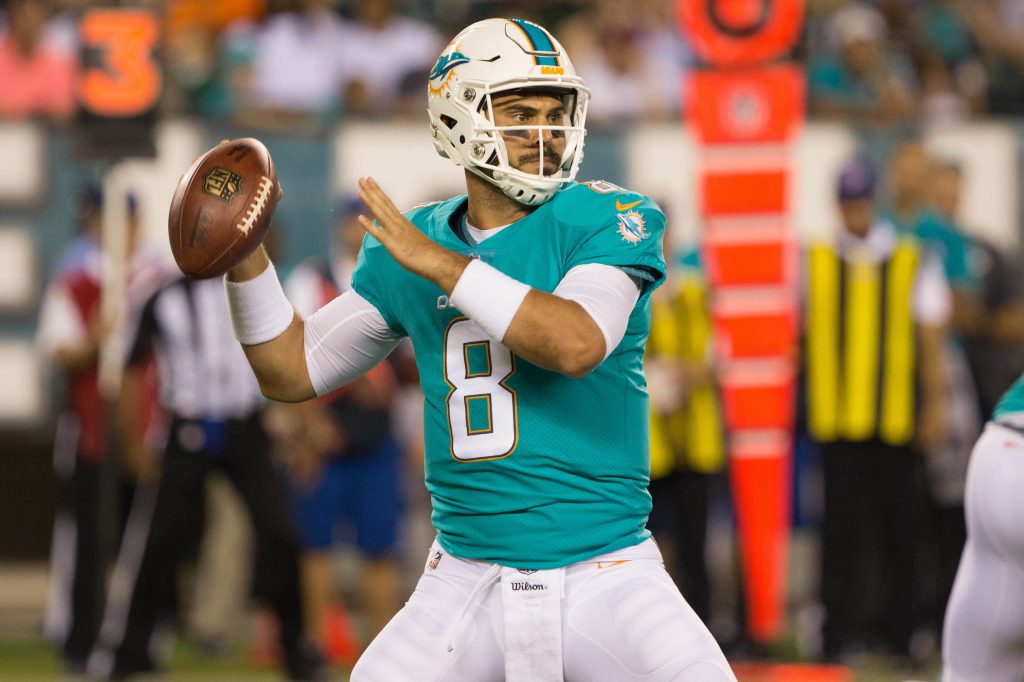 The Bucs game with New England and the Dolphins showdown with the Ravens will part of the new streaming video deal between the NFL and Amazon.

Amazon Prime Video has released the schedule for the 11 NFL games (10 Thursday night matchups and one on Christmas Day) that it will be live streaming for its subscribers this season.

Amazon is charging advertisers a reported $2.8M for NFL ad packages that include 30-second spots

“We are offering a range of options at various price points, depending on advertiser objectives,” an Amazon representative told Reuters.

Things get started in week four of the NFL season when two of the leagues oldest rivals face off when Green Bay takes on the Chicago Bears.

Amazon Prime will begin their NFL schedule with the Week 4 matchup between the Green Bay Packers and the Chicago Bears and wraps up with a Christmas Day tilt pitting the Pittsburgh Steelers against the Houston Texans. In between, Amazon won’t be streaming games during Week 9 or Week 12.

Both the NFL and Amazon feel this new deal is a good business move for both parties.

“We are continually looking for ways to deliver our games to fans wherever they watch, whether on television or on digital platforms and we are thrilled to bring Thursday Night Football to Amazon”, said Brian Rolapp, Chief Media and Business Officer for the NFL.  “As has been the case with all our streaming initiatives, we look forward to continuing to innovate with our partners as we learn the best ways to serve our fans both this season and into the future.”

“Our focus is on bringing customers the best premium video programming, when and how they want to watch it.  Streaming Thursday Night Football on Prime Video is a great step for us toward that vision, and offers tremendous new value for Prime members around the world,” said Jeff Blackburn, Senior Vice President, Business Development & Entertainment, Amazon. “And we’re thrilled to extend our ongoing content relationship with the NFL – the gold standard for sports entertainment – on behalf of our Prime customers.”

The folks at Amazon are looking worldwide for good sports packages that can draw more customers. Recently Amazon Germany and Australia have access to live Bundesliga football and other sports thanks to a new deal with Discovery’s Eurosport.