The Rays have an off-day on Monday and have a record of 15-17. While playing 2-games under .500 isn’t a cause for celebration, how they got there gives some hope and optimism that the season won’t be as miserable as once thought.  The Rays started the season 1-8, 3-12, and 4-13 before turning things around going 11-4 over their past 15 games. Things are looking up for the Rays who welcome in the Atlanta Braves for a two-game series this week.  With the team playing well, there is plenty to like and not a lot of gripes. For me, it all starts with watching the continued improvement of Blake Snell.

Snell Developing Into An Ace:

Blake Snell is at the top of the list when it comes to what it is to like about the Rays.  On the season, je is 4-1 with a 2.52 ERA spanning six starts. In his last three starts, totaling 35.2-innings of work, he’s walked one batter.

He’s also in the midst of a run of 11 consecutive starts (dating back to September 17, 2017) allowing five hits or less. The streak is already a franchise best. 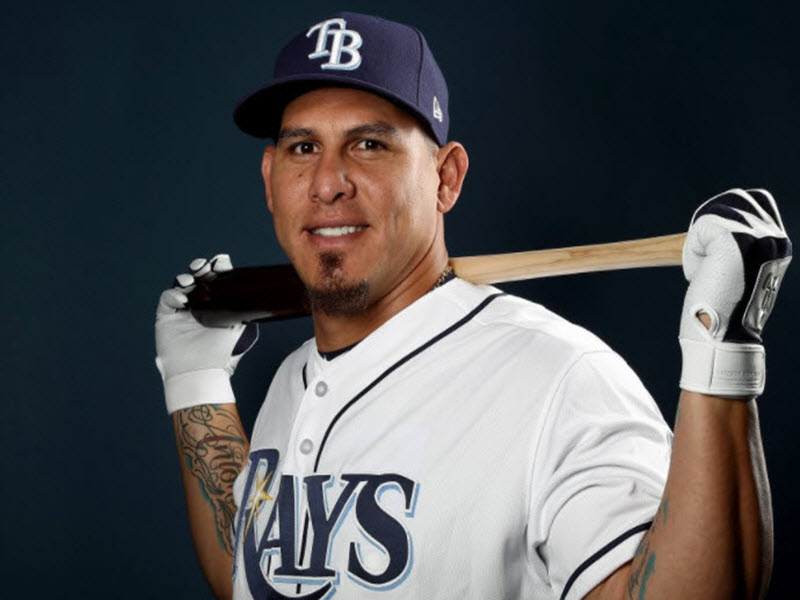 In 2016, Wilson Ramos was an All-Star for the Washington Nationals and won the silver slugger award for catchers. He hit a career best .307/.354/.496 with 22 homers while driving in 80 runs. He was set for a huge payday on the free agent market until tearing his anterior cruciate ligament in his right knee.

Mallex Smith was acquired as part of the trade that sent Drew Smyly to the Seattle Mariners prior to the 2017 season. Smith got off to a blistering start with the Rays batting .350/.435/.438 through his first 24 games of 2017.  Unfortunately, his offense disappeared batting just .237/.284/.338 over his next 43 games earning him a demotion back to Triple-A.

This past off-season, the Rays seemed to have made a conscious effort to take a long look at Smith in left-field.  They had Corey Dickerson, then they acquired Denard Span. Although Span is still an outfielder by trade, the Rays were going to play Smith in left and either Span or Dickerson at DH  The picture got a lot clearer when the Rays dealt Corey Dickerson early in spring training.

Once Kevin Kiermaier went down for 12 weeks with a thumb injury, Smith was deemed the everyday centerfielder. He enters Sunday’s start against the Toronto Blue Jays batting .337/.410/.427 with seven stolen bases.

Duffy Not Up To  Game Speed:

Although he’s off to a somewhat tepid start with the bat, hitting .286/.313/.363 (26-for-91) he’s struggled to find his footing in the field. Whether he’s making mistakes on the bases or struggling with the leather, his game is still being affected by missing the 2017 season after heel surgery.

A Lot To Like About Chirinos, Plenty Of Gripes About Rays

One Week In, Here Are Some Likes And Gripes About The Rays