The Stanford Cardinal Returns to the Bay Area

John Lynch, a Hall of Fame candidate and FOX analyst, will be hired as the new general manager of the San Francisco 49ers.

Although nothing is finalized yet, reports are that the deal will be for six years.  The 49ers are looking to sign the Atlanta Falcons offensive coordinator Kyle Shanahan to be their new head coach, also to a six-year deal.  The 49ers believe that the general manager and head coach should both have the same contract length.

The shocking news of signing Lynch to a deal comes less than a week after the former safety will find out if he will be voted into the Hall of Fame.

Lynch was named to nine Pro Bowls and was earned the title of an All-Pro twice, while playing in the NFL.  The hard-hitting safety also won Super Bowl XXXVII with the Bucs in 2003.  After the 2003 season, Lynch signed with the Denver Broncos as a free agent.  Lynch played for head coach Mike Shanahan, father of Kyle, during his time in Denver.

Another tie to the Broncos with the signing of Lynch is the comparison of Denver’s current general manager and former player, John Elway.

Elway is a Hall of Fame quarterback from his time under center for the Broncos for his entire NFL career from 1983-1998.  In 2011, Elway was named the executive vice president of football operations of the Broncos.  After the 2011 season, then general manger Brian Xanders left the team, making Elway the general manager.  Elway has had success as the GM, going to two Super Bowls, winning one at Super Bowl 50.

One example of a former player not having any front office experience and it not working out is when the Detroit Lions hired Matt Millen as their president and CEO.  Like Lynch, Millen also did work on television after his NFL career.  He held the position seven years, with the Lions never winning more than seven games during that stretch.  He was let go when the Lions went 0-16, the only team to do so, after the 2008 season.

Will Lynch be more like Elway or Millen at his front office position?  Time will tell, but he has his work cut out for him.  The 49ers went 2-14 last year and have the second overall pick in the 2017 NFL draft. 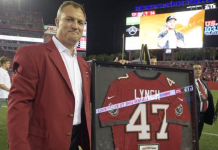 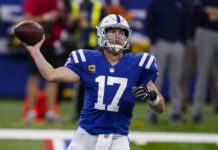