There are 30 days left before the bids for the 2026 Winter Olympics are due and it appears that Austria is going to try again and put together an application for the event despite residents not wanting it. On October 15, 2017, Innsbruck, Austria voters went to the polls to decide on spending public money on the Olympics. The vote should have ended the Austrian bid as nearly 54 percent of voters in the Innsbruck metropolitan area said no and in Innsbruck itself, the vote was nearly two to one against spending public money on the 2026 Games. But politicians continue to be drawn to what has become a massive money losing event and continue to think that having an Olympics show is a way to show off an area and that the Olympics will eventually prove to be an economic generator. Graz politicians are trying to put together a regional plan and get the paperwork done as soon as possible. There is a notion that local residents will not be given an opportunity to vote yes or no on spending billions on the event. Austria has hosted the Winter Olympics in the past with Innsbruck as the anchor city in 1964 and 1976. Innsbruck stepped up to take the 1976 Games after Denver, Colorado organizers, who had won the right to host the event, saw public money pulled when voters said no to spending for the event in a 1972 referendum.

Austria has not fared well in recent bidding. Graz was one of the finalists for the 2002 Games that ultimately went to Salt Lake City. Austria failed to get the 2006, 2010 and 2014 Winter Olympics. There is officially just one bid for the 2026 Winter Olympics and that comes from Switzerland. Sion wants to host the event but there are a series of regional referendums that are scheduled in June that could derail the bid. Money talks. 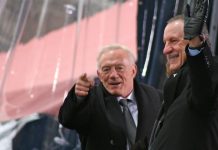 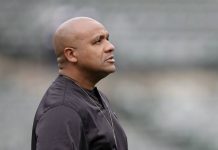 The NFL Is Festering With Problems