Always some other person’s fault.

It seems the International Olympic Committee President Thomas Bach is comfortable going after the news media and blaming the fourth estate for the problems that the IOC is encountering finding host cities that will gladly invest billions of dollars, euros and yen, into a two week sports pageantry that is at best a loss leader. Bach went on the offensive in a CNN International interview with his media blast saying that the news media has pushed a lack of trust of the IOC narrative. Bach apparently does not realize the journalists are supposed to be adversarial and not wave pom poms for the subjects that they are covering. Bach stopped short of using the fake news term but he was angry with how his organization is perceived.

The IOC is a trustworthy organization according to Bach but evidence suggests otherwise particularly when it came to awarding the 2002 Salt Lake City Olympics where there was bribery. There is an investigation into whether money changed hands that ultimately gave Rio de Janeiro the 2016 Summer Olympics. There is a trial in Brazil taking place to determine if there was a bribery scheme that helped the Rio bidders. The question of trust doesn’t exist according to Bach. It’s a media thing. That is why Switzerland repeated has said no to hosting the Winter Games, including twice for the 2026 Olympics. “I think this discussion took place more in some media than in the population,” Bach said. “I’ve seen the polls and we have had contact with the candidature committee and there we were told that it was three topics which played a role: the first one was money, the second was money and the third was money.”  Reporters just keep pointing out the Olympics cost is enormous to taxpayers. Bach disagrees with that particular assessment. 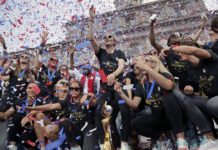 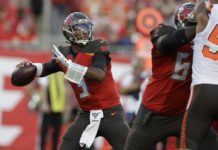 Australian Rules Football Has Beaten The NFL To China