Holding one UFC title is a great achievement but Amanda Nunes has two of them. You can bet the Brazilian will want to hold onto her UFC bantamweight title on December 11. That’s when she defends that title against Julianna Nicole Peña in Las Vegas.

Nunes probably didn’t expect all this success to happen to her. Her MMA pro debut came in the featherweight division in 2018. Just 35 seconds into her first match, opponent Ana Maria put an armbar on her and Nunes submitted. Asking anyone to place a bet on her becoming one of the top female MMA stars of all time, might just have had people laugh at you.

Three years later, Nunes was a much more attractive betting proposition. Her unsuccessful debut was followed by six wins in a row, with four of them ending in the first round. Perhaps Nunes isn’t that good at making debuts. September 2011 saw her move down to bantamweight and she lost her first fight to Alexis Davis via a second-round knockout.

Another loss followed in 2013 and then Nunes moved to the UFC. This time a debut was won as the Brazilian beat Sheila Gaff in just over two minutes. September 2014 saw her lose to Cat Zingano (who Peña has beaten) but she hasn’t lost since. The past seven years has been the time to bet on this woman as she’s won 12 straight fights, turning a shaky 9-4 record into a highly impressive 21-4.

There are certainly some very big names on her record. Shayna Baszler (now in WWE) was beaten and in July 2016, Nunes beat Miesha Tate at UFC 200 to become bantamweight champion. Up next she defended her belt against another WWE bound fighter, Ronda Rousey. It took just 48 seconds for Nunes to win by TKO. Nunes was swiftly becoming a UFC superstar just like Claressa Shields hopes to one day.

Two more defences followed before Nunes took on another UFC legend. She took on UFC featherweight champion Cris Cyborg at UFC 232 in December 2018 and knocked the champion out in just 51 seconds to become a double champion. Sportsbooks certainly didn’t imagine her beating Rousey and Cyborg in a combined time of 99 seconds!

There are plenty of sites that have now legalized betting on sport. One of those is Iowa and residents will be keen to register and claim the Betrivers bonus for players in Iowa.

Another big name bit the dust when beating Holly Holm in the first round, though this time it took 4:51 to finish her opponent off. Her only fight this year has been a  two minute submission win over Megan Anderson in her only fight so far in 2021.

Julianna Nicole Peña made her professional debut in 2009 and won each of her first four fights. Her unbeaten record disappeared when opponent Sarah Moras beat the odds and defeated her by TKO in the second round. That was a fight that Peña perhaps should have pulled out of. She’d been knocked unconscious and had her nose broken in an accident caused by a drunk driver just two months before that first defeat.

Peña decided to move down to the flyweight division but lost her first fight in that division to DeAnna Bennett. Two successive defeats were a setback but then in November 2013, she won the Ultimate Fighter 18 tournament, beating Jessica Rakoczy just before the end of the first round.

Her unbeaten run stretched to four fights before losing to Valentina Shevchenko in January 2017. It would be two and a half years before we saw Peña again in the Octagon. It wasn’t an injury that kept her away from the UFC. Peña was pregnant and had a daughter in January 2018.

No way was being a mother going to stop her continue her career. Peña made her return in July 2019, winning a points decision over the former flyweight champion Nicco Montano. Last October saw her lose to Germaine de Randamie in a fight held in Abu Dhabi.

Her only fight since then was in January of this year as Peña defeated Sara McCann by submission in the third round. It’s been a frustrating year so far though for Peña. Sportsbooks were preparing odds on a match between her and Holly Holm, but her opponent pulled out due to illness.

Then came news of this title opportunity, the first times she’s challenged for a UFC title. This was due for July, but Nunes had Covid-19. Can Peña dethrone the champion? Bookies have Nunes as a heavy odds-on favourite to end the year as a double champion and that does look the most likely result of this fight. Shocks do happen though, so remember that when placing a bet on this title fight.

Tempe City Council To Meet, Will The Coyotes Arena Proposal Be Discussed? 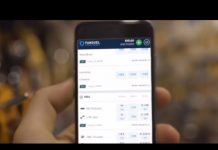