Boxing, which has been a Summer Olympics mainstay since the 1904 St. Louis event, with the exception of the 1912 Stockholm Summer Games because Sweden had outlawed boxing, may be on the Olympics ropes. The International Olympic Committee is in a dust up with the International Boxing Association. The IOC may drop the boxing program as early as the 2020 Tokyo Summer Games. The IOC is keeping boxing on the Tokyo schedule for now but might decide to drop the sport during its Tokyo meetings between November 30 and December 2. The boxing association has not received money from the IOC and the Switzerland-based sports organization has a laundry list of complaints against the boxing group.

The IOC’s Executive Board “highlighted its significant ongoing concern with a number of key areas including governance, ethical and financial management that require further information and some confirmation.” It is quite odd that the IOC is concerned about corruption since the Olympics it seems attracts corruption. The IOC also has problems with the International Weightlifting Federation and could drop the sport from the 2024 Paris Summer Olympics. There are doping problems. The International Weightlifting Federation has signed an agreement with USA Weightlifting and the United States Anti-Doping Agency to provide anti-doping education worldwide. IWF officials think they have made some strides and will be able to remain on the Olympics roster. Boxing has had significant problems since the glory days of Muhammad Ali and Joe Frazier of the early to mid-1970s. At one time, at least in the United States, boxing and/ or horse racing was the number two or number three sport in the country behind baseball. The heavyweight champion was among sports royalty. The sport has a strong following in other countries and the Olympics made stars of fighters including George Foreman. Boxing desperately needs stars and losing the Olympics would hurt. 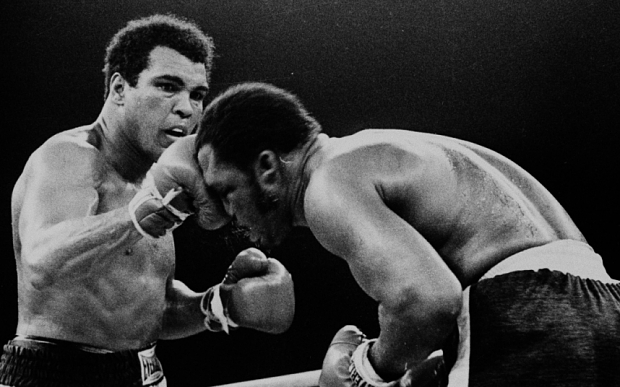 Boxing has lost stature in the American culture.

Women’s softball was a big Olympic event with Japan getting the gold, the USA the silver, and Canada the bronze. Will it return in...