Monken is the current offensive coordinator for the back-to-back National Champion Georgia Bulldogs, but NFL insiders have him labeled as the name to watch in the Buccaneers’ search.

Monken has already had a stint as offensive coordinator in Tampa, under Dirk Koetter from 2016-2018. After Koetter was fired after the 2018 season, Monken was also let go. Now, a few years and two national championships later, Monken appears to be the favorite to coach the Buccaneers’ offense in 2023.

The former Houston Texans head coach and Alabama Crimson Tide offensive coordinator is another name to watch. O’Brien, a former Patriots coach, has experience working with Tom Brady and could play a big part in convincing Brady to resign with the Buccaneers for the 2023 season.

However, the Bucs will have to fight the Patriots, who are also looking to find a new offensive coordinator. While O’Brien never coached Mac Jones, he might want to work with a young quarterback who played at the school he just coached at.

The Colts fired Reich mid-season after a poor 2022 campaign. The Matt Ryan experiment failed and Reich opted to start Sam Ehlinger at one point. However, he was the offensive coordinator for the Eagles when they won the Superbowl in 2017 with Nick Foles and led the Colts to multiple top-10 offensive seasons in his time there.

Reich is an experienced play-caller who excels at quarterback development. With or without Brady, Reich can steady the ship in Tampa Bay.

Slowik is the passing game coordinator for the San Francisco 49ers. Kyle Shanahan is one of the brightest offensive minds in football today and anyone that helps with that offense should receive consideration. After injuries to both Trey Lance and Jimmy Garoppolo, the 49ers had to start rookie Brock Purdy, who has shocked people with how well he has played.

As passing game coordinator, Slowik has worked directly with Purdy to help him become game ready these last few weeks and that preparation has clearly paid off. The offensive scheme would take a complete u-turn from what Leftwich ran, but that might just be what this team needs.

Johnson is currently the quarterback coach for the Philadelphia Eagles. Johnson played a key role in developing Jalen Hurts into the MVP-level quarterback he was this season and also helped develop Dak Prescott at Mississippi State. The Eagles offense has been one of the best in the NFL this year, thanks to Hurts.

If the Buccaneers do end up losing Brady to either retirement or another team, they could look to pair Johnson and Trask. Johnson was the offensive coordinator at the University of Florida during Trask’s Heisman candidacy year in 2020.

The timeline for coaching searches is determined by how far their team makes it into the playoffs. If the Buccaneers want to hire O’Brien or Monken, they can do it tomorrow. However, if the want to hire Johnson or Slowik, they might have to wait a few more weeks.

Interviews should start in the coming days and there will start to be a favorite, which could very well be one of these names. 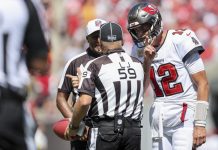 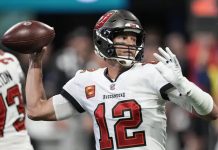