The odd were against the Buccaneers. The Chiefs were picked as a lock against Tampa Bay.

But none of that matters now. Tampa Bay found a way to come out on top, 19-17, and snap Kansas City’s 10 consecutive wins at home, what was easily the longest active streak in the NFL.

The victory brings the Buccaneers winning streak on the road to three games, their longest since 2012 (three), gives them wins in consecutive weeks for the first time since Weeks 10-11 last season, and pulls them within a game of Atlanta atop the division.

Not a bad chunk of accomplishments in 60 minutes of play.

For the most part, it was another impressive performance for the Buccaneers, who were led by Jameis Winston and Roberto Aguayo. Two former Seminoles that looked right at home amidst the Tomahawk Chops and chants in Arrowhead Stadium.

Winston finished with 331 passing yards, completing 24-of-39 passes with a touchdown and converting on 10-of-14 pass attempts on third down. Aguayo was perfect on the afternoon, making all four of his field goals and his lone extra point attempt. 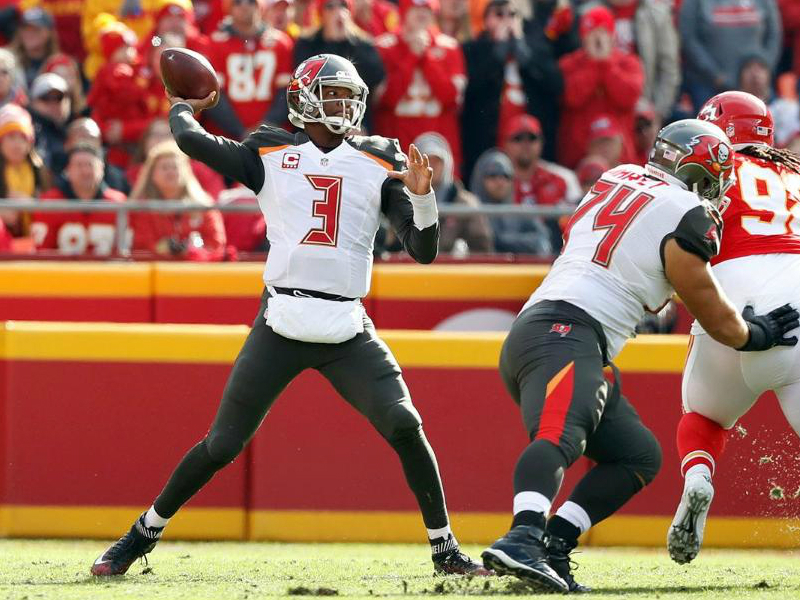 Tampa Bay also finished with three receivers with at least 50 receiving yards, the second time they’ve had three do so this season and first since Week 3 vs. Los Angeles.

Chris Conte, coming off a performance against Chicago that featured his first career pick-6, once again made a key play on defense. He added another interception, returning the ball 55 yards from the end zone to midfield.

The pick gave the Buccaneers the ball for what turned out to be the game-winning drive, setting up a nine-play drive that ended with rookie tight end Alan Cross‘ first career NFL touchdown and a nine-point lead for the Buccaneers.

A lead they wouldn’t relinquish.

Tampa Bay returns to action against the Seattle Seahawks a week from today. Kickoff for the game that could bring the Buccaneers even with the Falcons atop the division is set for 4:05 p.m. Eastern Time.