With the season already lost, the Buccaneers came into Green Bay with the primary mission of checking in on the team’s progress. Jameis Winston got the start after being out with a shoulder injury, giving coaches and fans an opportunity to see how he looks with a healing AC joint as well as giving the Green Bay Packers an opportunity to shorten his career considerably.

Meanwhile, Dirk Koetter and his coaching staff came into the game on the hot seat. Some good signs out of Winston and the offense might have cooled down talk of a new coach. A good day for the defense would take some pressure off of Mike Smith, as well.

Instead, the Buccaneers largely fell back into bad habits on Sunday in their 26-20 loss to the Packers. Smith’s defense had some positive moments, but in the biggest moments of the game they looked completely inept. Particularly on the last play of the game, an easy rushing touchdown for Aaron Jones, the defense struggled to make tackles and take care of their assignments. Koetter’s offensive playcalling looked good on the Bucs’ opening drive, in which they finally scored a first quarter touchdown, but late in the game the offense stalled when playcallers inexplicably abandoned a run game that seemed to be actually working.

For Winston’s part, he looked like a quarterback who was injured for much of the season and is playing without an offensive line. He spent a lot of time on the ground, and trying to react to pressure. Reacting to pressure, of course, is not the strong suit of “gunslinger” type quarterbacks.

When Jameis Winston turns the ball over, he does so emphatically. When pressured, he tries to do things that are seemingly impossible, and that results in some comical giveaways. Winston’s talent is capable of producing quite the highlight reel, but he’s already putting together a masterpiece of a blooper reel. Yes, this includes his pregame speech earlier this season about eating Ws.

With 4:17 left in the second quarter, the Tampa Bay offensive line collapsed again. Their performance was not optimal for a team starting a quarterback coming off of an injury, as Winston was sacked repeatedly. Tired of being sacked, this time the young quarterback tried to throw the ball away just before he was brought to the ground. The ball slid out of his hand and right into the hands of Dean Lowry, who ran the ball 62 yards for a Green Bay touchdown.

As the ball did not go forward, this would go down as a fumble, rather than an interception. It was a masterpiece of regrettable football. The offensive line forgot to block, Winston reacted poorly to their failure to keep defensive players out of his place, and he topped it off by trying to throw the ball while in the process of being sacked.

When Mark Sanchez fumbled by running into his own lineman’s hindquarters, he set the standard for comical turnovers. Jameis Winston is going to spend much of his career making a run at that crown.

During a fourth quarter touchdown drive, Winston fought himself and his habits again. After fumbling an exchange on first and goal, losing seven yards in the process, Winston committed an illegal forward pass penalty, throwing the ball two yards past the line of scrimmage on a play where he could easily have run the ball in. The drive ended in a touchdown, but it took a bizarre drive to get those points.

Bad habits, of course, are developed as a team. Winston was sacked seven times in his first game back from a shoulder injury. He also ran the ball five times, meaning the offense put him in a position to get hit twelve times. For parts of the second half, he seemed to be fighting some kind of pain in his legs. Despite all this, the Buccaneers’ quarterback went 21/32 on the day with a pair of touchdown passes to Cameron Brate.

Blocking was the difference in the game. Failing to block for Winston led to seven sacks and the temptation for Winston to fall back into his bad habits. Failing to block for a second quarter punt led to a block and a short field that the Packers turned into a quick touchdown. More than half of Green Bay’s points can be traced directly to plays where the Buccaneers’ line couldn’t hold.

Bad blocking will put just about any offense in a position to fail. With Tampa Bay, it forces Winston in a position to make poor decisions, which is a thing he is prone to doing under pressure. In all cases, poor pass protection takes away the throw downfield, because throws like that take time to develop.

To adjust, the Buccaneers began to ran more screen plays and quick passes. It helped to a degree, but with so many pass targets it seems a shame to eliminate the threat downfield so quickly. 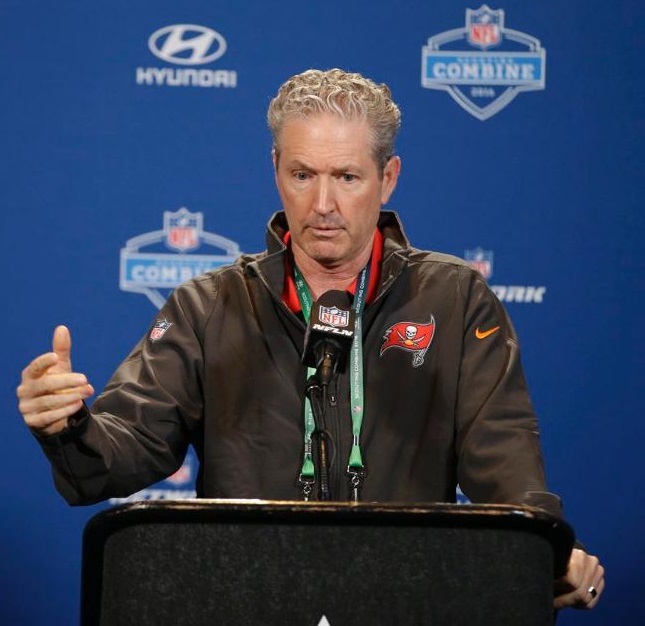 At this point, every game is a bit of a referendum on Dirk Koetter. Koetter’s playcalling once again can be called into question, as some second half running success from Peyton Barber set the Bucs up for success, only to see the offense go into passing mode in the red zone consistently. Barber ran for 102 yards on the afternoon, the rare triple digit rushing performance on this Buccaneers team, but he saw the ball sparingly inside the twenty yard line.

In the fourth quarter, on a drive where Barber ran for over thirty yards, the Buccaneers got down to the Green Bay three, ran for no gain, passed toward Chris Godwin and nearly got picked off, had a bad snap on an obvious pass play, and settled for a Patrick Murray field goal. The architect of perhaps the best rushing performance of the Bucs’ season got one chance at the end zone on that drive. This is Dirk Koetter’s most frequent bad habit. He is a passing-oriented coach, and he generally insists on passing in important situations no matter the circumstances.

Koetter’s first job when he got to Tampa Bay centered around developing Jameis Winston, and his fortunes are very much tied to Winston’s development. It makes sense, then, that the Bucs were happy to start Winston the moment doctors said it was okay to do so. Even in a lost season, the Buccaneers need to know where Winston is in regard to meeting his potential. This is even more important if you believe that Koetter’s job status might be evaluated soon.

As it stands, Winston’s performance might be the loudest statement against Dirk Koetter continuing in his position. Consider that Jameis Winston was drafted with the knowledge that, for all his talent, he could be careless with the football. The coach’s job is to minimize and eliminate Winston’s bad football habits in order to develop him as an NFL passer. Winston’s slapstick second quarter turnover, and a couple fourth quarter near-misses in the red zone, underline that Koetter has not done that in any way. All the poor decision making, carelessness, and panic under pressure that Winston came into the league with is still evident today.

The offense itself looks at times like it was built without much faith in the signal caller. There is not much in the way of complexity to the Buccaneers’ offense. They call about as many different run plays as a Tecmo Bowl playbook affords a team, typically on first down. After trying one deep ball at some point early in the game, the passing offense tends to revert to a lot of quick passes and screens. It’s enough to make a person wonder if Koetter has any faith in his quarterback, or at the very least if he believes Winston might not be progressing.

Many of these problems can be tied to the offensive line. Now featuring a number of injuries, the Buccaneers’ big guys up front failed to do their jobs on Sunday. This led to Winston being hit a lot, having very little time to pass the football, and a disappointing day for anyone unlucky enough to still have a Tampa Bay receiver on their fantasy team.

With so many bad habits on display, a path forward is hard to find. It’s easy to call for Koetter’s head, as his gameplans still don’t provide much of a counterpoint and it’s unclear whether Jameis Winston has learned anything from his time in the NFL so far. Much harder is coming up with a realistic replacement, as Jon Gruden sounds like an unattainable pipe dream. The reality is much messier.

The more extreme types around Tampa Bay might suggest replacing Winston instead of firing Koetter, but history has shown that it’s difficult to find a good quarterback. Even with this Murphy’s Law season, the Buccaneers would pick either seventh or eighth in the NFL Draft based on the current standings. Ahead of them are several teams who will be looking at quarterbacks. The Browns, Broncos, and Giants all seem likely to look to draft a signal caller in the spring, and all of them sport worse records than Tampa Bay. There will likely not be a replacement with a ceiling nearly as high as Winston on the board when the Buccaneers are on the clock.

The only certainties on this team are that the offensive and defensive lines are in need of upgrades. Skill positions might take the lion’s share of credit in today’s NFL, but nothing happens on offense without blocking. Jameis Winston will never meet his potential on his heels. The Buccaneers will never have a consistent run game without consistent run blocking. No defensive coordinator’s scheme is going to look good until the Buccaneers provide some pressure on the opposing quarterbacks.

The line play makes evaluating this team so complicated. From the coaches to the skill positions, bad habits are the order of the day. However, so many of those bad habits could be due to an offensive line that hasn’t held up.

Jameis Winston is an improvisational quarterback. He is at his best when he has time to create a play behind the line of scrimmage. This kind of creative thinking is great with protection, but under pressure it leads to a quarterback trying to do too much because his offense demands he do too much. Those blooper reel plays Winston executes with such perfect comedic timing are only made possibly by bad offensive line play.

Building an offense that takes advantage of Winston’s abilities is pretty difficult without time to give the quarterback. If the Buccaneers’ playbook seems incredibly limited, perhaps it’s because the team can no longer expect to let a play develop because that kind of time requires somebody at some point laying a block. They have to run the ball in a simple manner, because the OL won’t allow a back time to find a hole on a more complicated play. They have to throw a lot of screens because the quarterback will likely be sacked before somebody can get open downfield.

However drastic the changes this offseason, without solid offensive line play and a pass rush the Buccaneers will continue to fall into bad, if at times hilarious, habits.