Let’s not mince words: the Miami Dolphins have had an appalling season. One had only to look at the SugarHouse online sportsbook PA to see how the team was regarded in 2019: basically as perennial, no-hope losers. Some thought that they must be throwing games on purpose in order to improve their draft picks for next season, but the fact is that the players were giving it their best shot, as proven by their valedictory final game of the season on December 29th.

On the last Sunday of 2019, the Dolphins beat the New England Patriots by a solid 27-24.That’s right: full-time losers the Dolphins beat the defending Super Bowl champions. Ryan Fitzpatrick was on excellent form, and the whole team came together in a way that we’ve sadly seen on very few occasions previously. Bear in mind that just over three months before, in their last encounter, the Patriots wiped the floor with the Dolphins 43-0. It’s clear that in 2019, the Dolphins have improved massively, and actually they’ve closed the season with their dignity intact.

Better than you think

Going into 2020, the Dolphins have cut away a lot of dead wood. They’re locked into the number five position in the overall selection for the 2020 draft, and they’ve got an unprecedented amount of money to spend. 2019 wasn’t just about tanking in order to improve their draft position. It was about letting a team of mostly young, rookie players find their feet, alongside a mostly new coaching staff. Their last game of the year is proof that the Dolphins already have a strong basic foundation to build upon, one that’s a lot more solid and knitted together than it was 12 months ago.

A lot of the talk is about how the Dolphins need to fill their quarterback position, a much-improved Fitzpatrick notwithstanding. This is true, but a quarterback is only as good as the players around him. Both the offensive and defensive lines need to be dramatically shored up if Brian Flores is going to put together a team that is capable of winning consistently and convincingly.

Statistically, the Dolphins are currently second from the bottom in terms of their run defense. They’ve failed in both run blocking and pass protection. They’ve been useless at both running the ball and all rushing categories. With a 1.9-yard carry average, Kalen Ballage has been completely ineffectual, and the offensive line has simply not been creating gaps for anyone to get through.

The Dolphins need a serious pass rusher to work alongside Davon Godchaux and Christian Wilkins, both of whom improved greatly last season and will continue to do so. Chase Young would be an ideal solution, as would Yannick Ngakoue from the Jacksonville Jaguars. As far as quarterbacks go, Joe Burrow would be an obvious choice. There are also some key free agents worth looking at.

Bringing Joe Thuney over from the Patriots would be a smooth and relatively inexpensive move. He’d be an ideal choice for the defensive line and would fit in well with a coaching team also largely drawn from the Patriots. Pulling in Byron Jones from the Dallas Cowboys is also a possibility, with the Dolphins having the budget for players that other more star-heavy teams just can’t afford to keep.

It’s important, however, that the Dolphins don’t throw away money on big-name veterans who are going to be prone to injury and not give value to money. Along similar lines, there are still a few players on the roster who just aren’t worth their salaries, and the Dolphins would do well to further cut away and restructure a few bad contracts. Letting Reshad Jones, Albert Wilson and Daniel Kilgore go would save nearly $20m against their salary cap in total, even accounting for penalties.

As for keepers, the Dolphins have already made sure to hang on to DeVante Parker, and hopefully Vince Biegel and Nik Needham won’t be quitting the Hard Rock Stadium anytime soon, either. More new blood might include K’Lavon Chasson and Shaun Wade. But what about Tua Tagovailoa?

The Dolphins have famously had their eye on the Alabama quarterback for some time now, with many claiming that their whole strategy last season was to get in position to sign him. But then Tagovailoa exited early with a number of injuries, making him a much less attractive proposition. The 21-year-old Hawaiian may still have a bright future ahead of him though, and the Dolphins should still seriously consider getting his signature. To pass on him now after all this time could be an act that they’ll forever regret.

Rebuilding the team won’t happen overnight, but the Dolphins are already halfway there. Young blood, some judicious picks, and a healthy helping of self-belief will put Miami back in the game in 2020. 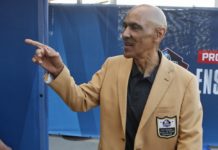 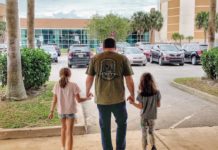 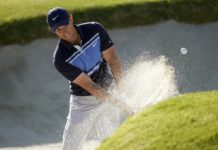