OAKLAND, Calif. (AP) — Matt Chapman once again got the upper hand in a showdown against Tampa Bay’s Diego Castillo.

This time it wasn’t a walkoff home run that beat the Rays’ closer, but just a crisp hit up the middle that kept Oakland on a nice roll at home.

Chapman doubled in pinch-runner Josh Phegley in the seventh inning after homering in the third, and the Athletics held on to beat the Rays 4-2 on Saturday.

“That just shows you the type of player he is,” Oakland manager Bob Melvin said. “He does everything really well and he steps up in the bigger situations. The better players end up stepping up in those situations. He did it again today.”

Chapman hit his team-leading 18th home run off starter Yonny Chirinos to put the A’s up 2-1, then drove in the tiebreaking run off Castillo (1-6) with an RBI double past diving shortstop Willy Adames. Chapman hit a game-ending three-run home run in the ninth inning off Castillo on Thursday night, handing him his first blown save this season.

“That’s not a guy that you go up there thinking big,” said Chapman, who has a nine-game hitting streak. “I was just really trying to hunt something middle of the plate because he had kind of been away or up and in. Those are the tough at-bats. Just thankful I was able to shorten up with two strikes and put that ball in play.”

After Chapman’s hit put the A’s ahead 3-2, Castillo intentionally walked Matt Olson to load the bases and got Khris Davis to ground out before hitting Laureano to force in Chapman.

“I just tried to do a little too much, more than I’m used to doing,” Castillo said through a translator.

Ramón Laureano had two hits, was hit by pitches twice — including once with the bases loaded — and threw out a runner from center field for the A’s. Davis singled and scored.

Ji-Man Choi hit his ninth home run and Joey Wendle had two hits for Tampa Bay, which has lost nine of 12.

The Rays stranded eight runners and left the bases loaded in the third.

“I’m still scratching my head over bases loaded, no outs, we send seven players to the plate, we came up with one run,” Tampa Bay manager Kevin Cash said. “We’re a better offensive club than that.”

The A’s contributed to the Rays’ offensive problems with a pair of defensive gems, including Laureano’s seventh outfield assist when he threw out Joey Wendle at second base after Wendle singled to the gap in left-center in the fourth. Second baseman Jurickson Profar added a diving catch near the edge of the outfield grass to rob Tommy Pham of a hit in the seventh.

Yusmeiro Petit (2-1) struck out all four batters he faced for the win. Liam Hendriks retired three batters for his second career save and first since 2017.

Chirinos gave up two runs over six innings and had three strikeouts.

FROM OPENER TO CLOSER

Hendriks has been used as an opener twice this season after doing it eight times a year ago. With Blake Treinen headed to the IL with a mild right shoulder strain, Melvin indicated Hendriks could be the A’s closer moving forward. “It is what it is,” Hendriks said. “I’m happy to be doing that. If it’s in the ninth, it’s in the ninth. If it’s not, it’s not. It doesn’t change my mentality.”

Athletics: Sean Manaea will pitch on Tuesday, although it’s uncertain if it will be in a simulated game or a rehab start. … RHP Jharel Cotton (hamstring) pitched off a mound in an important step in his recovery. Melvin said the A’s will use Cotton out of the bullpen when he’s cleared. … RHP Marco Estrada (lumbar strain) threw a 25-pitch bullpen session before the game. 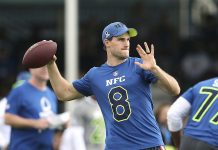 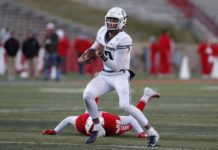 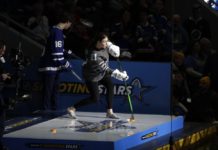