The Cubs and Joe Maddon are the favorites in MLB but “The Boys,” have other options

Mike Shalin columnist of the New Hampshire Union Leader who covers all things Boston joined the “The Sunshine Boys,” for their latest podcast. Ira Kaufman, Joe Henderson, Jim Williams and Sports Talk Florida national baseball writer Tim Williams, do a deep dive into the start of the 2017 baseball season, including will the Cubs repeat?

But before we get to baseball Ira was reporting from Phoenix where he was attending the NFL owner’s meetings, he also had a chance to talk some baseball with Joe Maddon manager of the World Champion Chicago Cubs.

Here are some of the highlights of the podcast.

Kaufman on the NFL owner’s meetings in Phoenix:” We all know by now that the Oakland Raiders will be moving to Las Vegas. The league who for years were concerned about gambling seem now to embrace “Sin City.” It really is simple all you have to do is follow the money, each owner stands to make $50 million each out of the relocation. Three teams have moved in the last two years that should tell you something about what the owners really care about.”

Kaufman “The highlight of my trip to Arizona was spending an afternoon in Mesa talking with former Rays manager and Tampa resident Joe Maddon. He loves his new job as the manager of the World Champion Chicago Cubs and he is aware they have a target on their back as the 2017 season begins. But all the attention in the baseball world is on the Chicago Cubs as it should be.”

Henderson “The Cubs have great talent but I think there might just be a hangover in Chicago. Remember when Joe Maddon was managing the Rays and they lost in the World Series to Philadelphia and the following year they were a sub .500 team.”

Shalin “I think that Cleveland is going to be back and they might even be better than last year. Terry Francona, is an outstanding manager and that team is really deep as well as talented.”

Tim Williams “I am interested in seeing how Rick Porcello handles the pressure of being a member of the Red Sox. If he struggles the Boston media will be all over him.”

There is plenty more as they the players and the teams to watch in baseball this season. So, listen to the podcast. 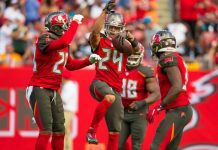 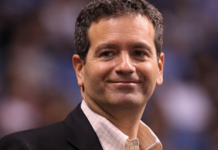 Improbably Good Rays Not Going To Play In Ybor 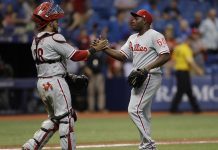 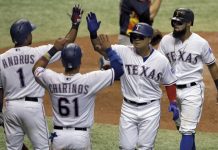 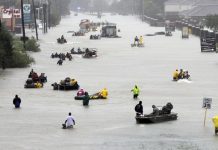