Danica Patrick runs her final race at the Indy 500

For Danica Patrick today’s Indianapolis 500 will the end of her racing career at a place where she made a name for herself. She will be starting from the seventh position on the grid after a strong qualifying session in her green Ed Carpenter Racing Chevrolet, that she pushed to 228.090 making her a real contender in her swan song.

LISTEN TO LIVE COVERAGE ON YOUR HOME OF THE INDY 500 – SPORTS TALK FLORIDA WHBO 1040 AM OR STREAM THE RACE LIVE CLICK HERE.

Over her 13 year racing career I can tell you personally that Patrick is funny, charming, a brilliant business woman but above all she is competitive. No one wants to win at anything more than Patrick.

She proved from day one when in 2005 as a member of the Rahal Letterman Racing. Patrick was not just that cute young girl driving an IndyCar. No, she had mad skills as a driver and quickly proved the world she belonged in racing.

Patrick won three polls in her first year behind the wheel of an IndyCar and her performance did not go unnoticed. The new darling of motorsports was legit, she could drive open wheel cars with the best drivers in the world.

She was named the Rookie of the Year for both the 2005 Indianapolis 500 and the 2005 IndyCar Series. She improved over the next two years with Rahal Letterman Racing in 2006 and later Andretti Green Racing in 2007.

As a member of the Andretti Green team Patrick of Andretti Green Racing won the Japan 300 auto racing at Twin Ring Motegi in Motegi, northeast of Tokyo Sunday on April 20, 2008 becoming the first woman to win a major race in motorsports history.

By the end of 2008, Patrick followed up her first victory to place sixth overall in the drivers’ standings. She improved on this to secure fifth the following season, which saw her finish a career-high third at the Indianapolis 500, the best performance by any woman at the race.

Suddenly she was a worldwide sensation her combination of driving skills, smart business moves and beauty was the total marketing package. It was time for NASCAR to make a move to entice Patrick to leave IndyCar for the greener pastures of stock car racing.

But Patrick never found the consistent success in NASCAR that she did in IndyCar. Her open wheel skills in the much smaller, but quicker cars did not translate to the larger tougher to handle stock cars.

But in the end, while success both on and off the track came to Patrick she wanted more. So, after a stellar 13 year behind the wheel, she is moving on to the next step in her career with many attractive options in her future including being the first woman to ever host the Espy’s this summer.

VIDEO FROM CBS NEWS – BE SURE TO CHECKOUT CBSN FOR THE 24 HOUR LIVE STREAMING NEWS. 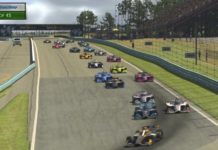 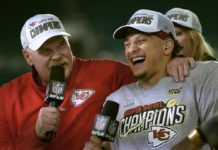