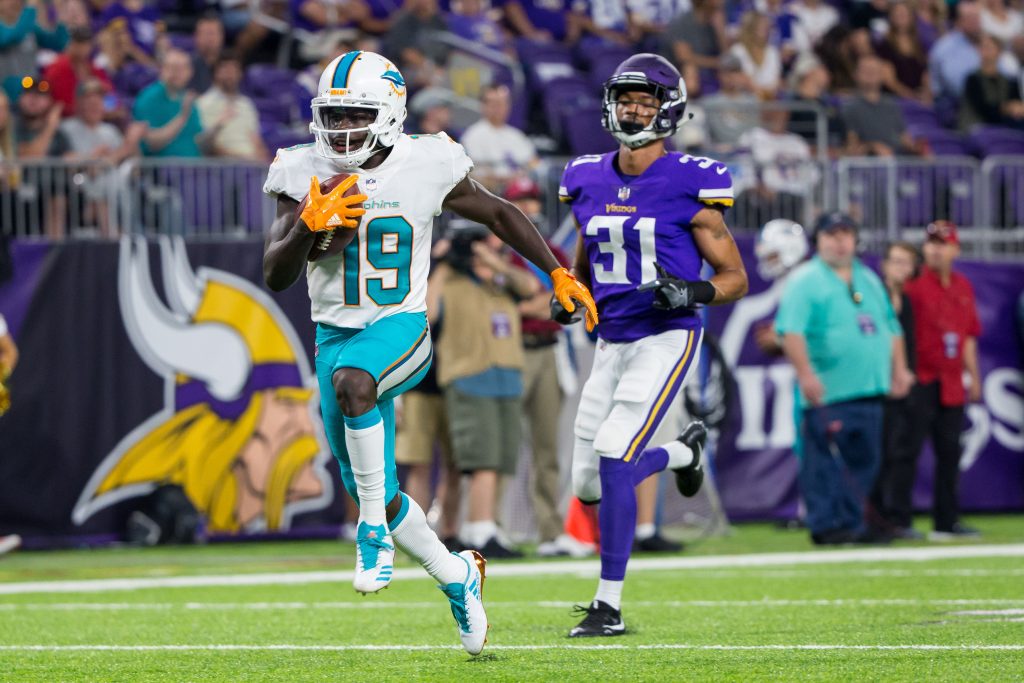 The Dolphins came away with a 30-9 victory over the Minnesota Vikings on Thursday night to improve their preseason record to 2-2. While the majority of the Dolphins’ key players sat out of the preseason finale, their reserves stepped up and made big plays throughout the game.

On the offensive side of the football, Jakeem Grant and Kenyan Drake played well and were responsible for two of the Dolphins three touchdowns. Grant finished the game with a whopping 141 yards on four receptions while Drake had eight carries for 27 yards on the ground.

David Fales benefitted from targeting the speedy Jakeem Grant as he connected with the diminutive wide receiver on multiple explosive plays en route to 193 yards and three touchdowns through the air. Fales has been able to string together multiple performances in practices and in games that warrant consideration for a spot on the practice squad. It is possible that Fales might have locked up the No. 3 quarterback job over Brandon Doughty.

MarQueis Gray has been the most consistent player at the tight end position throughout camp and he did not disappoint in the Dolphins final preseason action. Gray was able to get open consistently on crossing routes and was able to get into the end zone on a six-yard touchdown toss from Fales.

On defense, sixth-round draft pick Vincent Taylor played with boundless energy and aggression while rookie undrafted free agent linebacker Chase Allen added 13 tackles on the night. Defensive tackle Lawrence Okoye and defensive end Praise Martin-Oguike each had sacks on the night while safety Maurice Smith showcased his ability to rush the passer, cover in the slot and tackle.

Overall the Dolphins had a very nice preseason outing as many of their second-year players have improved immensely since last season. Despite outstanding performances from their backups on both sides of the football, the Dolphins are still searching for answers along their offensive line and the linebacker position.

All 32 NFL teams must trim their rosters from 90 to 53 players by Saturday at 4 p.m. ET. The Dolphins will look to address both positions prior to their matchup against the Tampa Bay Buccaneers in Week 1 and they will likely have plenty of options available to them at the positions of need following Saturday’s cuts.