LONDON (AP) — A look at what was decided on the final day of the Premier League season:

— Manchester City clinched a sixth title in 11 seasons by coming from behind to beat Aston Villa 3-2 and hold off Liverpool’s challenge.

— Arsenal missed out on the Champions League despite beating Everton 5-1 but qualified for the Europa League.

— Manchester United qualified for the Europa League despite losing its final match of the season 1-0 to Crystal Palace.

— West Ham qualified for the Europa Conference League after losing 3-1 to Brighton.

— Burnley was the final team to be relegated, with its six-season top-flight stint ending with a 2-1 loss to Newcastle

— Leeds stayed in the Premier League after beating Brentford 2-1. 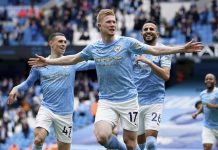 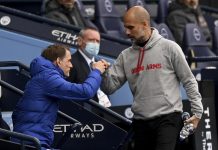 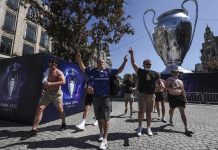 Manchester City and Chelsea are ready for today’s UEFA Championship 3 p.m. on CBS or streaming on Paramount + 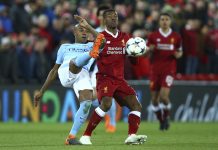 At noon today, it will be Manchester City hosting Chelsea with the Premier League title 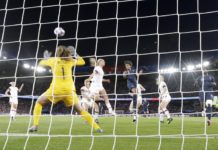