Bottas was 0.78 seconds faster than teammate Hamilton, the seven-time Formula One champion seeking a record eighth title to break a tie with Michael Schumacher.

Max Verstappen, the current championship leader, was third fastest but spent significant time during the practice session at Losail International Circuit in the garage as his team worked on the DRC actuator on his Red Bull. Verstappen holds a 14-point lead over Hamilton headed into Sunday’s race, the first of a three-race stretch in the Middle East to close the season.

Pierre Gasly of AlphaTauri again showed speed on the 5.4-kilometer (3.5-mile) circuit and was fourth fastest on the speed chart. Gasly was second fastest in both of Friday’s practices.

The race is the first in a 10-year deal between F1 and Qatar and teams were still learning the track ahead of qualifying. The focus Saturday at last turned to on-track competition after the ongoing feud between Mercedes and Red Bull dominated the first few days at the circuit.

The weekend opened with the Brazil GP still the main topic of discussion as Mercedes contested the FIA decision not to penalize Verstappen for running Hamilton wide off course last week in Sao Paulo. Mercedes requested a review of the decision, which the FIA denied in the middle of a Friday press briefing between the principals of the two warring teams.

It was a tense 30-minute session between Mercedes head Toto Wolff and Christian Horner, team principal for Red Bull, and both agreed they have no relationship. But Horner also publicly questioned the legality of the Mercedes.

Horner believes the rear wing used by Mercedes in Mexico and Brazil was illegal and gave the rivals a significant straightline speed advantage. He vowed to protest Mercedes if the wing is used again.

Wolff was adamant the Mercedes is legal. 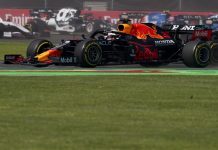 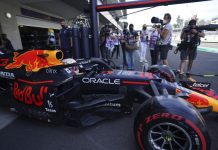 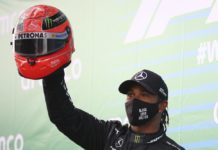