Tonight at 8 p.m. from Miami it is Major League Baseball’s “Mid-Summer Classic,” on FOX and there are plenty of ways to stream the 2017 All Star game on your mobile devices no matter where you may be.

Let’s start with Fox Sports GO, they will have all of the access but remember you will need to have a cable subscription to use the app, like all the other networks.

According to the network FOX Sports GO, which is available to more than 90 million pay-TV customers, will feature two separate live streams of this year’s All-Star Game: the FOX Sports telecast in English and the FOX Deportes telecast in Spanish.

FOX Sports GO is available on FOXSportsGO.com or on the FOX Sports GO app, which can be downloaded from iTunes, Google Play, Amazon App Store and Windows Store.

If you don’t have a Fox Sports GO account that comes with a cable subscription then you will have to get a seven-day trial from Sling, DirecTV Now, Sony Play Station Vue, and YouTube Live, are good places to access the game as well as all the pre-game fun from Miami.

According to FOX things get stared today at noon on FS1 as THE HERD returns to Marlins Park. The official pregame coverage begins on the FOX broadcast network at 7:30 PM ET. Kevin Burkhardt, Tom Verducci, Alex Rodriguez and Frank Thomas offer previews and analysis in advance of the night’s pregame ceremonies and first pitch live from FOX Sports’ set in center field.

The game coverage starts at 8 p.m. with Joe Buck in the air chair to call the play-by-play of the All-Star Game for a record 19th time. He will be joined on the broadcast by John Smoltz, who makes his second start as FOX Sports’ All-Star Game analyst.

The Boys Of Summer Are Missing Some Springtime Games 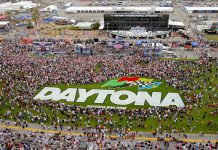 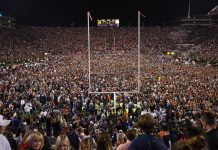