To compete or not compete.

It did seem like 2017 again earlier this week when the World Anti-Doping Agency’s Compliance Review Committee recommended that Russia should not be able to field a team in the 2020 Tokyo Summer Olympics. The problem?  Noncompliance with drug testing or cheating. WADA also would like to see Russia banned from competing in the 2022 Beijing Winter Games. Russia would also not be able to send a Paralympics team to Tokyo and Beijing.  WADA’s recommendation doesn’t mean Russia athletes won’t be at the 2020 Tokyo Games. If those Russian athletes are WADA clean or have not tested positive from taking drugs, they are welcomed to participate in the event but they will not have a Russian team uniform or be backed by the Russian flag. They would have generic uniforms.

Russia was tossed from the 2018 Olympics by the IOC for a doping scheme although Russia had many allies saying that Russia should have been there. The IOC and the World Anti-Doping Agency were at odds over whether Russia should have competed in the 2016 Rio Summer Olympics. Russia did participate with the IOC’s backing after WADA suggested a ban. In 2017, the World Anti-Doping Agency President Sir Craig Reedie did an about face and was against banning the Russian team from the 2018 South Korean Games. Switzerland’s Patrick Baumann said the National Anti-Doping Organization members including the United States and Britain, did not have the “moral ground” to push for banning the Russian team. The Russian athletes participated in the South Korea Games as neutral competitors. WADA’s declaration could eventually have an impact on Russia bidding for the 2032 Summer Olympics and bar the country from attempting to host that event. Vladimir Putin and other Russian officials will not be welcomed at the Tokyo Games. Sporting events could be pulled from Russia. But some Russians are coming to Tokyo. 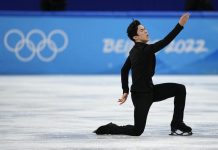 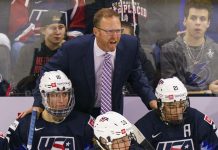 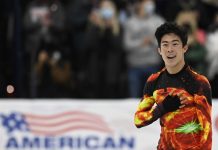