Wrestling legend Hulk Hogan joins Rock Riley and talks about his upcoming event at the Hard Rock as well as his relationship with WWE Chairman Vince McMahon and whether he would like to return to the wrestling organization after a nasty fall out.

WrestleMania and all related events in Tampa Bay will not take place as planned. But there will be a pay-per-view event done. 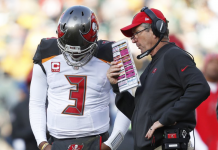