What prize do they seek?

Just a few days after International Olympic Committee President Thomas Bach declared that the press is the enemy of the IOC and is the cause of cities pulling out of the bidding for the IOC’s crown jewel events, Indonesia’s President announced that his country wants the 2032 Summer Games. Joko Widodo thinks Indonesia is ready after hosting the 2018 Asian Games which ended on September 2. Apparently, President Widodo didn’t see the reports that South Korea’s government has been asked to bail out Gangwon Province because the 2018 South Korea Winter Olympics just didn’t produce the type of revenue that games organizers claimed it would get for the local government. The problem? There is no real need for the venues built for the 2018 Games and the local province needs about $18 million US in a hurry to maintain the structures. There are reports that vendors have not been paid. Even though the distress signal has been sounded, IOC leadership claimed the South Korea Winter Games made money.

Indonesia is joining a crowded field for the 2032 Summer Games which is a remarkable achievement for the IOC which failed to find enough interested cities for the 2024 and 2028 Summer Olympics and was forced to give the 2024 Games to Paris and 2028 to Los Angeles because those two cities were the only cities that wanted a money losing event that has forced generations of taxpayers to pay off debts. Germany is putting together a 2032 bid. India is also reportedly thinking about attempting to land the Games and Shanghai is readying a bid despite the fact that China has hosted the 2008 and will host the 2022 IOC sports gatherings. The IOC is having problems finding a 2026 Olympics host as local residents keep saying no to the Olympics but local politicians and business leaders want the event.

IOC Is Livid With Voters And “Outdated Information” 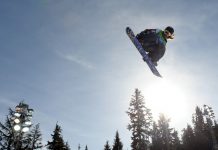 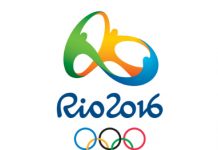