Referendum time for the IOC.

The next major test for sports and whether people want to spend tax money on a sports endeavor comes on June 10 in Sion, Switzerland. That’s when local voters get a chance to say yes or no to a request by elected officials to spend money to help fund the 2026 Winter Olympics bid in the city. Right now, the polls suggest that the question of allocating public money for the 2026 Winter Games is too close to call. But a Swiss television station is reporting fear not Switzerland, if Sion voters say no there could still be an Olympics bid because nearby municipalities are considering taking the lead in the bidding process.  Valais is part of the Swiss bid. Valais residents might also get a chance to vote on spending money for the Olympics. This is not a good sign for the International Olympic Committee which is headquartered in Switzerland.

The problem is fairly simple. Elected officials and business leaders decide to go after an event such as the Olympics or the World Cup or in the United States, a professional sports franchise, and sell it as something that will provide some benefit whether it is job creation or just a feel good elixir for a community. But there is a question of funding. Most people behind events such as the Olympics or the World Cup or just getting a professional sports franchise are willing to spend a limited amount of money and want public support in terms of the rest of the funding. The funding is not small. It requires a massive payment and much of the money that the public has to put up will be coming from people who are uninterested in the event or will never step foot inside a public stadium or an arena. Swiss voters have already turned down the 2026 Olympics in St. Moritz. Winning a sports funding referendum is never easy. 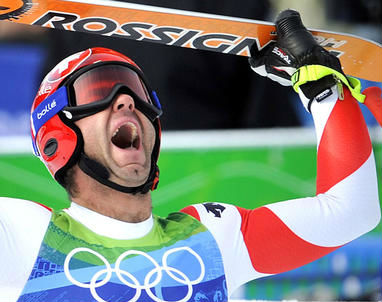 There is no clear favorite in the race to land the 2026 Winter Olympics.

Omicron Has Caught Up To The Beijing Olympics