The Los Angeles City Council May Say Yes To A 2028 Olympics Without Knowing Cost Details.

If you are buying a new home or a new car, it generally is a pretty good idea that you do due diligence and at least get some sort of indication how much money that a big-ticket item such as a house or a car or maybe a boat will cost and how much money is needed to maintain the purchase. But politicians who spend public money don’t necessarily look at the details and this could be the case in Los Angeles. The Los Angeles City Council, along with the city’s mayor Eric Garcetti, seem so giddy about landing the 2028 Summer Olympics that they are set to approve the agreement between the International Olympic Committee and the Los Angeles Olympic Bid Committee without some key knowledge. Such as how much this event is costing.

In fact, it may seem very odd that elected officials had no seat at the table when the IOC and the LA bid committee crafted this agreement. Two private parties, the Olympics governing group and the LA committee want public money for a two-week sporting event yet the public doesn’t even know the details of the plan except that LA is willing to hand over $250 million in public funds to cover whatever cost overruns occur. There won’t be a final budget for months yet the city council needs to vote on approving the agreement and then it is up to the IOC to say yes to Los Angeles. No one knows at this point whether the state of California will also kick in $250 million to help pay for the 2028 Games. The calendar says 2017 but the event is scheduled for 2028 and costs are going to increase so whatever budget is handed to Los Angeles politicians is not going to reflect true costs. But it is the Olympics and that’s reason enough to say yes. 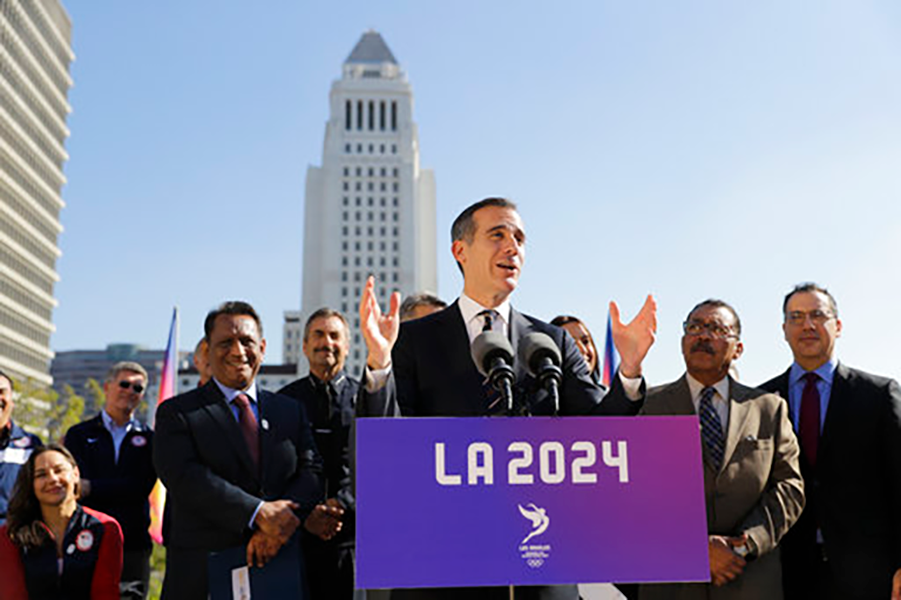