MIAMI (AP) — A.J. Ellis hit tiebreaking single on the 14th pitch of an at-bat against Archie Bradley in the seventh inning, lifting the Miami Marlins over the Arizona Diamondbacks 6-5 on Sunday for their seventh win in eight games.

Tyler Moore hit a three-run homer and Derek Dietrich had a pair of sacrifice flies for Miami, which finished an 8-2 homestand.

Nick Wittgren (1-0) got two outs around a walk in the seventh, David Phelps pitched a perfect eighth and A.J. Ramos finished to remain perfect in eight save chances. Ramos retired Chris Herrmann on a flyout, then threw called third strikes past Paul Goldschmidt and Jake Lamb.

With the score 5-5, Dietrich doubled off Jorge De La Rosa (2-1), Bradley relieved and Ellis fouled off six consecutive two-strike pitches before taking a ball for a full count and delivering a base hit on a 99.8 mph pitch.

Arizona’s Rey Fuentes had his first three-hit game since June 2 last year. Arizona lost three of four in the series.

Arizona went ahead 5-4 with a three-run fourth that included Daniel Descalso’s two-run double and Goldschmidt’s RBI double. Dietrich’s second tied it, but JT Riddle struck out looking and stranded the bases loaded.

WHAT’S NEXT
D-backs: After completing a stretch of 17 consecutive games, the D-backs get a much deserved off-day before opening a three-game home set against the Padres on Tuesday at 6:40 p.m. MT. Left-hander Robbie Ray (5-3, 3.00 ERA) seeks his fourth straight win, while San Diego sends out rookie Dinelson Lamet (2-0, 2.70 ERA). 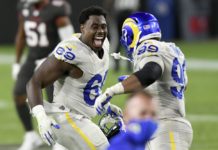 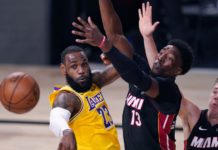 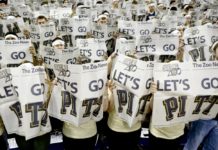