STAMFORD, Conn.  – NBC Sports presents its first-ever NHL quadrupleheader on Martin Luther King, Jr. Day this Monday, Jan. 18, beginning at Noon ET on NBCSN, with a matinee between the Columbus Blue Jackets and Detroit Red Wings. The evening tripleheader on NBCSN features Patrice Bergeron and the Boston Bruins facing the New York Islanders at 5 p.m. ET, Jack Eichel and the Buffalo Sabres against Claude Giroux and the Philadelphia Flyers at 7:30 p.m. ET, and the nightcap between Max Pacioretty and the Vegas Golden Knights hosting Phil Kessel and the Arizona Coyotes at 10 p.m. ET.

Sunday’s NHL on NBC matchup, the first of a record 16 to air throughout the season, features an all-time rivalry when Alex Ovechkin and the Washington Capitals face Sidney Crosby and the Pittsburgh Penguins at Noon ET. Tappen, Jones and Sharp anchor studio coverage.

Season Two of Hockey Culture debuts an interview with Hockey Hall of Famer Willie O’Ree on Monday. On the same day that marks the 63rd anniversary of O’Ree becoming the first black player to skate in an NHL game, Anson Carter speaks with the hockey icon and discusses his historic career, how he remains involved with the NHL and other mentorship programs, and the intersection between race and politics in modern-day America.

The conversation premieres on Hockey Culture’s dedicated YouTube Channel and will be featured throughout Monday’s NBCSN coverage.

Willie, a 90-minute documentary that chronicles the trailblazing life of Willie O’Ree, is available to stream free on Peacock. 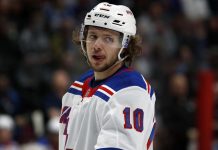 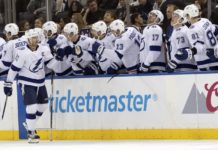