Five people were inducted into Cooperstown on Sunday

Jeff Bagwell’s joke to all the Astros fans that made the trip to Hall of Fame induction weekend summed up the unique moment of such ceremonies. Athletes, normally performers of a sort themselves, being asked to go up on stage and give a speech are in a bit of a weird place; with fans but far removed from their element.

Sunday’s baseball Hall of Fame induction ceremony was another installment in an annual ritual for a sport with a keen eye on history celebrating its storied past. Five people—former commissioner Bud Selig, longtime general manager John Schuerholz, Tim Raines, Ivan Rodriguez, and Jeff Bagwell—joined the ranks of the Hall of Fame in front of fifty enshrinees and a large crowd of fans. 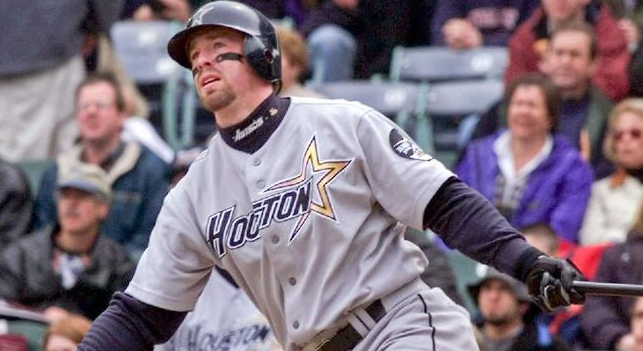 The trade deadline is on Monday, and how appropriate that Jeff Bagwell would be inducted so close to that milestone, as he’s a cautionary tale in that regard.

In 1990, the Red Sox traded Bagwell from their farm system to the Houston Astros in exchange for Larry Andersen. Boston needed Andersen out of the bullpen if they were going to hold on and win the AL East that year, and made the move purely as a rental to make a playoff push.

Andersen was great in his two months with Boston, putting up a 1.23 ERA in 15 appearances with the Red Sox. They did, in fact, win the AL East that year.

They did not win a single game in the ensuing ALCS against Oakland, they did not retain Andersen, and Jeff Bagwell entered the Hall of Fame on Sunday afternoon.

There are teams out there, this year, that are trying to trade one of their top prospects for a player who could help them make the 2017 postseason. They do not intend to pay to retain those players if they manage to land the trade they want. When looking at those teams tonight and tomorrow, remember that it’s little consolation in Boston that Larry Andersen was critical to the Red Sox getting the honor of being swept by the Bash Brothers. 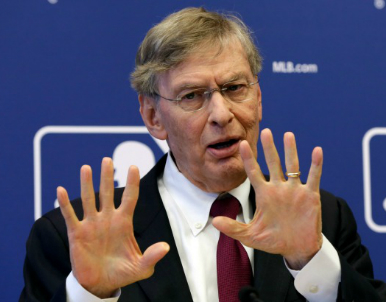 Speaking of the Bash Brothers, the most controversial inductee this year is the commissioner who presided over the Steroid Era, the 1994 strike, and the death of baseball in Montreal. He declared one All Star Game to have ended in a tie. He then changed the rules of the All Star Game to give it stakes nobody on the planet wanted.

Yeah, yeah, I get it, but it doesn’t matter. Bud Selig belongs in the Hall of Fame, and in all MLB was better at the end of his tenure than it was when he first got the job. He took a lot of heat for the things I listed in the paragraph above this one, but as Roger Goodell is demonstrating every year it is a commissioner’s job to take the hit in the Court of Public Opinion.

Nineteen Ninety-Eight was a great year for baseball. This is not a hot take. This is not a statement of opinion, though it runs contrary to how we have decided in hindsight to feel about the great home run chase. It is no more complicated than this: In 1997, the only people who cared about baseball were fans of the teams in contention and the hopeless baseball fans. Attendance was down. Ratings were way down. People simply did not care about baseball. In 1998, people crowded around storefronts to watch Mark McGwire and Sammy Sosa step up to the plate.

Hindsight does not get to undo that. Our collective guilt that baseball players, like athletes in every other sport, have taken Things Not Allowed has caused us to almost erase our memory of that entire season, save for a few still images of Derek Jeter and Ken Griffey Jr. That was the season that the cultural conversation included baseball again and Major League Baseball as an organization played it perfectly. The sluggers became household names that year, and the Home Run Chase was a launching pad for teams and players that had nothing to do with it, like Jeter and his Yankees or Pedro and Nomar and their Red Sox. Also don’t forget, the Cardinals were actually a pretty bad team in 1998. Mac and his homers revitalized one of baseball’s most important cities, while Sosa was doing the same thing for the Chicago Cubs.

The commissioner of the nineties doesn’t get enough credit, partially because we forget about some of the smaller things he did. For example:

Baseball expanded its postseason without diminishing the regular season. There are more playoff teams now, but MLB still has the fewest teams that qualify out of any major sport.

He prevented the Dolan family from entering baseball, something Knicks fans and really NBA fans everywhere can appreciate. Charles Dolan was one of the finalists to purchase the Boston Red Sox in the early 2000s, a circus of a process that also at one point included Vince McMahon. Selig guided the sale in a different direction.

Selig both put a baseball franchise in Tampa Bay and saved it from the chopping block when contraction was seriously discussed in 2002. Speaking of 2002, Selig prevented a strike that year.

The commissioner’s non-interest in changing the record books in light of PED revalations is to his credit. Yes, it’s an uncomfortable fact that home run records were altered by miracles of modern medicine, but asterisks or invalidations would only make things more complicated. Say what you will of steroids and baseball, but other sports have equally large problems with the stuff and they’re not willing to be public about how they’ve tried to fix that. 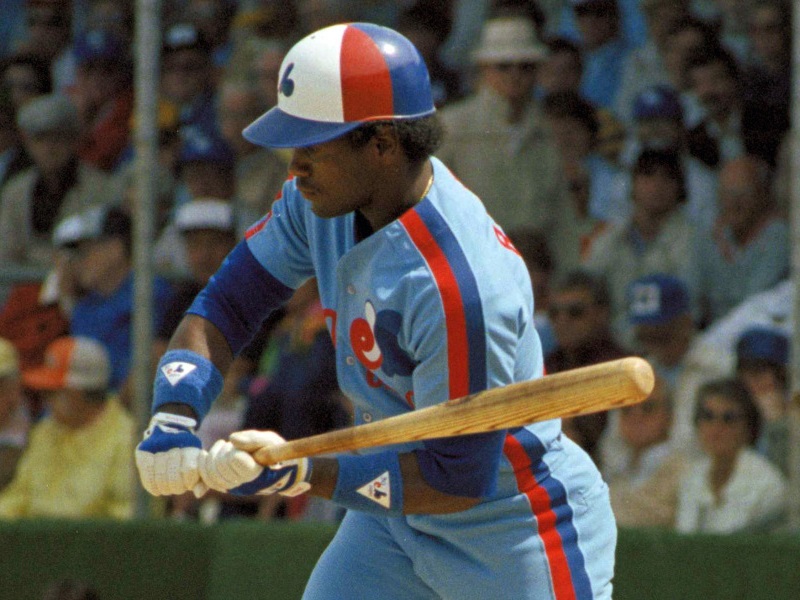 Sabermetrics are getting their day in Cooperstown. Tim Raines played in an era just before advanced statistics took the game by storm, but his Hall of Fame candidacy has changed dramatically as people began to embrace more nuanced statistics.

Raines’ standard career numbers make a solid Hall case in and of themselves. .294 career batting average, 808 stolen bases, led the league in runs scored twice, won a batting title. It’s not a lock, of course, but he had something to lean on.

When the advanced stats kicked in, Raines looked a lot more like a Hall of Famer. Not only did he steal 808 bases, he did so at a success rate of over 84%, considerably higher than the likes of Lou Brock and Rickey Henderson. His career WAR of 69.1 is higher than that of Ivan Rodriguez, Tony Gwynn, and Ryne Sandberg. He’s higher in the Runs Created statistic than Joe DiMaggio. His career Win Probability Added number is higher than Ken Griffey Jr. In short, the Sabermetric community loves Raines, and he became the first real advanced stats-based Hall of Fame argument.

That Raines has hit the voting threshold to be inducted on Sunday was a confirmation that, after a long debate about the effectiveness of advanced statistics, the BBWAA has finally accepted the practice. Pioneers like Bill James and Nate Silver might have celebrated a bit on Sunday. 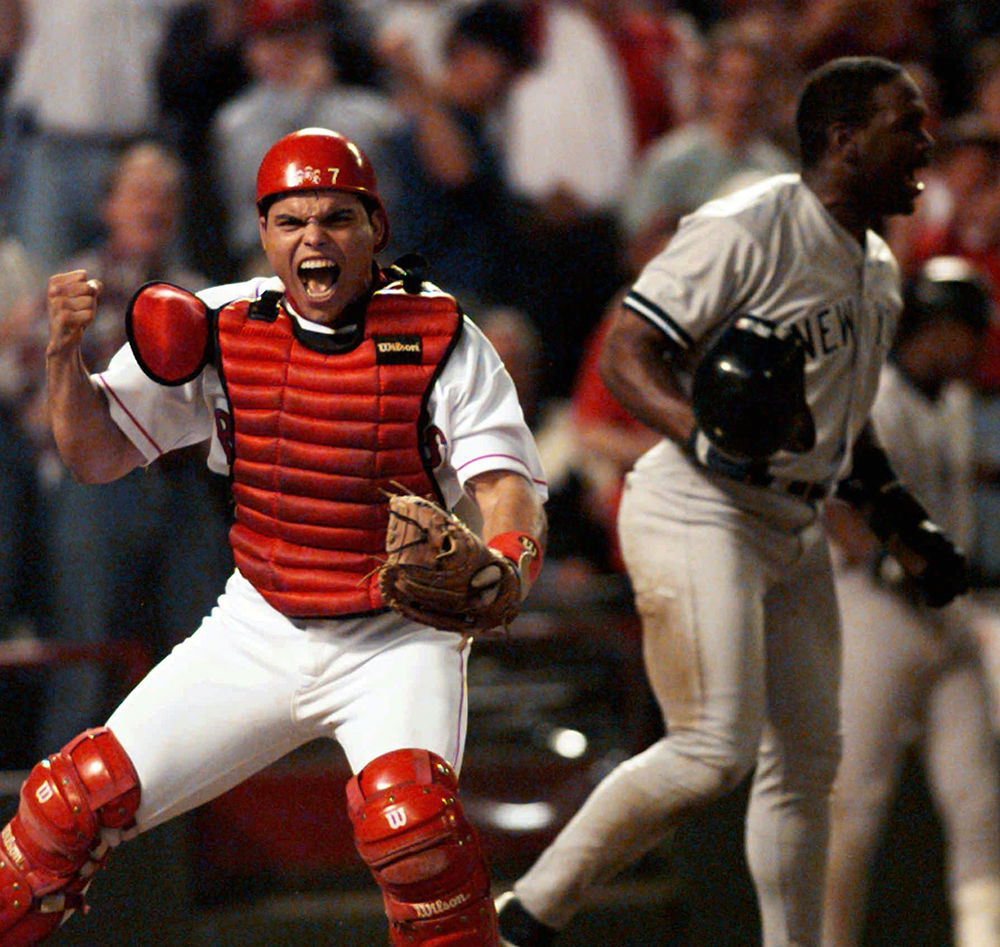 Only three people have won more Gold Glove awards than Ivan Rodriguez. Two of them—Greg Maddux and Jim Kaat—are pitchers. The other is Brooks Robinson. Rodriguez’ thirteen ties or beats anybody else.

For a catcher to not only play as long as Rodriguez did, but to do so at such a high level as to win thirteen Gold Gloves, is truly amazing.

The 1999 AL MVP transformed the Texas Rangers much the way Bagwell and Craig Biggio transformed the Houston Astros. Pudge was the leader of those Juan Gonzalez era Rangers teams, getting them to the 1996 ALDS, their first ever postseason appearance. Those Rangers teams never got very far in October, but simply making it there was a major milestone.

Rodriguez got his title with the 2003 Marlins, and that team would not have won the title without him. Rodriguez’ leadership on that team was invaluable, and while he was only in Miami for a year he left some big memories behind. Ivan Rodriguez was the MVP of the 2003 NLCS, after all.

He played 21 seasons at a position that is brutal on the knees, and finished in the top ten all-time for defensive Wins Above Replacement. Mike Piazza might have been the best offensive player at his position, but Ivan Rodriguez was far and away the finest catcher of his generation defensively.

Because there have been a lot of greats, and because baseball history is so long, most all-time arguments are impossible. Rather than selecting a best pitcher in history, many of us go with all-time rotations. The same is true of position players, we qualify everything by position and role.

The “greatest teams” are not an argument to be won, but a conversation. Yet, there is one exception in these all-time conversations. There is next to no debate about who had the greatest pitching staff in the history of baseball. The Atlanta Braves of the 1990s sent three starting pitchers to Cooperstown. The Braves won fourteen NL East titles in fifteen seasons in that era, led by Glavine and Smoltz and Greg Maddux.

That is the kind of thing that puts a baseball executive in the Hall of Fame while they’re still alive. John Schuerholz built that team and that legendary pitching staff. The Braves were his creation, when he took a last place team with an interesting television situation and gave them the pieces that made them “America’s Team” during a period in sports history where the Dallas Cowboys were good.

That’s not all. Schuerholz pulled off something that seems impossible in today’s sports spin cycle. In 1989, the General Manager of the Atlanta Braves was manager Bobby Cox. Cox stayed on as manager when Schuerholz stepped in. Together, they went to nine National League Championship Series, five World Series, and won it all in 1995.

Schuerholz also straddled and maneuvered around the 1994 strike. The Braves did not get buried in the money storm of the late 90s enabled by the MLBPA’s victories in the strike. Glavine eventually left for the Mets, but it was at the end. Smoltz eventually left Atlanta, but they got the vast majority of his Hall of Fame career. Thst staff stayed together for a long time with the Braves, fueled by TBS money and a home stadium that hosted the 1996 Olympic Games and is now a low division college football venue. He did a lot of things that seemed impossible,

Oh, this was also the architect of the George Brett era Royals, 1985 World Series Champions that stuck around longer than most small market teams could.   Schuerholz drafted Bo Jackson and was part of how Jackson managed to arrange to play two sports on such a high level. Schuerholz isn’t just a Hall of Famer, he’s a part of the league’s history.

Rays trade for reliever Garrett Cleavinger from the Dodgers as they open up a big 2 game series with Toronto.

2nd place Rays start the second half of the 2022 season behind Judge and the MLB best Yankees.