Expansion? Not that fast.

Major League Baseball Commissioner Rob Manfred is pitching the notion that there should be 32 teams instead of 30 big league ball clubs. Manfred has suggested that Montreal should return to the fold along with Mexico City. But before Major League Baseball owners start cash checks for millions upon millions of dollars for simply expanding the ownership club, there are some problem areas that have to be solved. Oakland, Phoenix and the Tampa Bay market.  Moving franchises to Montreal or Mexico City would cost the owners free money, the money that would come in from expansion fees. So it is far better to work out solutions in local troubled areas.

In Oakland, A’s ownership is kicking the tires at the Howard Terminal area and as a fallback, still investigating whether it is feasible to just put up a new stadium in the Oakland Coliseum and Arena parking lot. Previous A’s ownership failed in attempts to move the team down the I-880 to Fremont and San Jose. In the Tampa Bay market, Rays’ ownership is trying to negotiate a way out of a 30 year lease that ends in 2027 in St. Petersburg and build a new ballpark in Tampa. In Phoenix, it is too early to figure out where Diamondbacks ownership may end up in 2023 as the final document freeing Diamondbacks ownership from a lease with Maricopa County has not be officially finalized. It is hard to believe Major League Baseball will allow Diamondbacks owners to leave Phoenix but there is no loyalty to fans or customers. Only money talks. Major League Baseball is facing the same problem in 2018 as it did in 2002 when baseball owners took possession of the Montreal Expos franchise. The team’s stadium was not suitable. Mexico City is the largest market in North America but there are many questions about area. Major League Baseball is in a hurry up and wait expansion mode.

The return of Major League Baseball to Montreal is on hold. 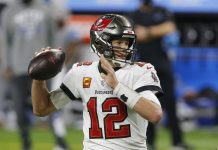 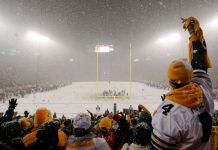