The Beijing Winter Olympics event is over and for all the good will that the Olympic movement allegedly brings, nothing has changed. China is still being accused of human rights violations. The temperature did not thaw between Russia and Ukraine. The United States and the North Atlantic Treaty Organization or NATO members coalesced into a unified stance against Russia President Vladimir Putin and his plans for attacking Ukraine. Americans seemed to be uninterested in the 2022 Beijing event as NBC’s TV ratings reflected that lack of interest. But none of that matters. The backers of a Utah Winter Olympics bid for either 2030 or 2034 plan to lobby Utah politicians and the United States Olympic and Paralympic Committee to get the go ahead to get into the Olympics hosting race. There is one fly in the ointment, however. Los Angeles will be holding the 2028 Summer Olympics and it seems unlikely that the International Olympic Committee would want the United States to hold consecutive Olympics in a span of about 18 months.

Ukraine really wants to host a Winter Olympics and Ukrainian officials are ready to meet with people from the International Olympic Committee and explain why the country should host the event in 2030. Ukraine is not the only country that wants the IOC’s crown jewel event. The IOC has begun a policy of “non-committal continuous dialogue” with potential candidates. Backers in Sapporo, Japan, Vancouver, Canada, Barcelona, Spain might also go after the 2030 event. Salt Lake City hosted the 2002 Winter Olympics. Salt Lake City organizers had the money to hold the event thanks to a bailout from President Bill Clinton’s administration of about a billion dollars after the local Olympic committee head Mitt Romney pleaded with Congressional leaders to get money into Salt Lake City to save the Games. 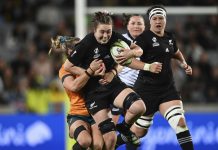