The families want more money from Germany as compensation for the killings.

The families of the 11 slain Israeli athletes and coaches who died in a terrorist attack on September 5th, 1972 at the Munich, Germany held Olympics are not planning to attend a 50th anniversary memorial ceremony in the city on September 5th. That could cause some tension between Germany and Israel. The President of Israel, Yitzhak Herzog, is scheduled to attend the ceremony in Munich. The families want more compensation. Israel has for decades insisted that Germany failed to protect the athletes and West Germany covered up why it failed to protect the Olympic Village before and after the attack. According to the New York Times, the German government said in an internal memo that the families have been paid a total of 4.6 million euros, or about $4.8 million, by various German agencies or a bit more than $400,000 per family.

The day of terror began at 4:30 in the morning of September 5th, 1972, when eight Palestinian militants affiliated with Black September, a militant offshoot of the Palestinian group Fatah, scaled a fence surrounding the Olympic Village in Munich. Disguised as athletes and using stolen keys, they forced their way into the quarters of the Israeli Olympic team. At about 10:00 PM on September 5th, the Germans thought they had reached an agreement with the terrorists. The terrorists led their bound and blindfolded hostages from their quarters into buses that transported them to waiting helicopters then to an air base. By 12:30 AM on September 6th, the shooting had stopped, and the 20-hour reign of terror was over. Eleven Israelis had been killed, along with one Munich policeman, and five Black September terrorists were dead. Three of the gunmen were captured. The rescue attempt had been botched. German officials hope to get a financial deal done so the families will attend the ceremony.

IOC Says To No Protests 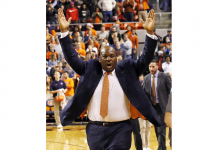