There are a number of people in Salt Lake City and in Utah who think the 2030 Winter Olympics is theirs for the asking. But Salt Lake City may have some competition from Spain as there could be a Barcelona-Pyrenees bid. But Salt Lake City backers should be paying close attention to the words of the International Olympic Committee President Thomas Bach because there could be a change in how the Olympic group awards a Summer or Winter Olympics. The IOC President Bach has suggested that the group just might scrap the bidding process and just give an area the event if the group deems one Olympic bidding candidate as outstanding. Salt Lake City hosted the 2002 Winter Olympics and what the word outstanding probably means is that the local area has the money the IOC wants for the Olympics. In 2002, Salt Lake City organizers had the money thanks to a bailout from President Bill Clinton’s administration of about a billion dollars after Mitt Romney pleaded with Congressional leaders to get money into Salt Lake City. The original Salt Lake City bid backers had bribed International Olympic Committee delegates to vote for the Utah Olympics. An Olympics bidder needs an incredible amount of government support in the form of billions of dollars of public money. The 2030 Olympics will also by funded by a US-based TV company, Comcast. Salt Lake City checks both of those must have boxes.

No government wanted to subsidize a 2026 Winter Olympics bid until Italy said yes to financing a Cortina bid. Bach has declared that the press is the enemy of the IOC and is the cause of cities pulling out of Olympics bidding. The IOC failed to find enough interested cities for the 2024 and 2028 Summer Olympics and was forced to give the 2024 Games to Paris and 2028 Games to Los Angeles. 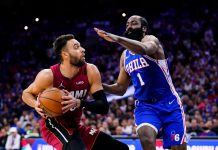