The country wants the Games for political reasons.

In the it is never too early to seek a Summer Olympics mode, Indonesia wants to land the 2036 event. Indonesia wanted the 2032 Summer Olympics but the International Olympic Committee chose Queensland, Australia instead. Indonesia wants to showcase its new capital Nusantara and that city would be the center of the Olympics should Indonesia get the nod.  Indonesia never got a chance to impress IOC delegates when it came to the 2032 bid. The IOC wanted to talk to only the Australian backers. The International Olympic Committee no longer wants cities and countries to bid on its crown jewel event. But the IOC needs to find willing countries willing to spend billions of dollars, euros and other currencies to fund its sports events and that is why Indonesia is in the mix for the Games. Indonesia staged the 2018 Asian Games, the largest multi-sport event outside of the Olympics. Indonesia also hosted the Southeast Asian Games.

The International Olympic Committee had enormous difficulty in finding bidders for the 2022 Winter Olympics, the 2024 Summer Olympics, the 2026 Winter Olympics and the 2028 Summer Games. Paris and Los Angeles bid for the 2024 Olympics and the IOC seeing failure after failure in seeking host cities jumped on the opportunity that it had two willing bidders and decided let’s give them the Olympics, Paris in 2024 and Los Angeles in 2028. The IOC is having problems with the 2030 Winter Games’ bidders. Vancouver and British Columbia officials have suddenly become hesitant in going after the event. Ukraine wanted the event but Russia invaded Ukraine in February and that bid has disappeared. Salt Lake City backers are unsure if they should go after the 2030 Winter Games or hold on and bid for the 2034 winter event. Indonesia is seemingly willing and able to go after the 2036 Games. 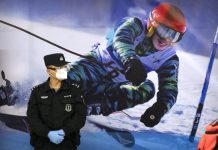