Will there be a revolt in the NHL, NFL and Major League Baseball by the players?

In the event you have not noticed, there are three players associations who are not very happy with their sports owners. Major League Baseball players, NHL players and NFL players. The drumbeat of labor strife is particularly loud in baseball and football and may start rising in hockey soon. As always with collective bargaining agreement negotiations, it will come down to money. The Major League Baseball owners and players CBA ends in 2021. The National Hockey League owners and players deal is done in 2020. The NFL CBA expires in 2020. DeMaurice Smith, the Executive Director of the NFLPA is preparing for a war in 2021 and told his players to start saving their money now. Smith should be talking to college players as many of his present association members will be gone by 2021. The NFL battle will be about money.

Major League Baseball player agents were not happy with free agent player movement over the 2017-2018 off season and there were suggestions of some sort of boycott over that agents were frustrated that owners were not forthcoming with big salary, multi-year deals. The players and owners have four more seasons on the present deal and no one in baseball is financially ailing. The industry is stuffed with money from TV deals, corporate support and government handouts. Some agents though will try and make a case that owners colluded to depress salaries. The Major League Baseball confrontation will be about money. Meanwhile, the National Hockey League owners and players will once again go into contentious college bargaining agreement talks soon as that deal ends in two years. The players are miffed that the league could not reach a deal to send players to participate in this year’s South Korea Winter Olympics with Olympic officials. But that is a relatively minor disagreement. The talks will be about money. It always is.

NHL players are miffed because they are not allowed by the league to play in the South Korea Olympics. 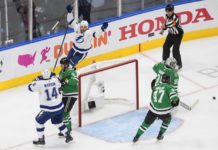 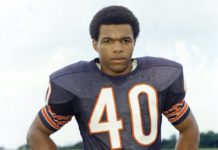