“We caught up quickly because the pace wasn’t strong,” said Adrie de Vries  “ …almost a bit to soon.”  Said Jockey who described Port Lion as a brave horse.

Modestly Adrie de Vries implied he would have been happy to be in the top four. That seemed difficult out the gate as the horse was well behind the pack. Dead last into the turn he became to come into his own down the final stretch finding space on the inside before angling back out. With 200m to go he was still far from the lead. But, that is where Port Lion’s race really began. Then he switched gears and dueled down the stretch for a close win over Deirdre of Japan at the wire the horses who had left him standing in the box (see video).

“I can’t believe in such a short time they were able to make it; it was a dream to ride on. It feels amazing to win. I knew we would run well but I wasn’t sure if we could beat the Japanese filly. It is just a great feeling,” Vries said.

It was a thrilling start to an evening of horse race which will columnated in the Saudi Cup the world’s richest horse race.

“Having a bit of history there is not bad for your history,” said Fawzi Nass the  trainer, Port Lion.  Despite his five quality wins was considered a longshot and had not been seen on a track since July. However, Nass and his Bahraini owners appeared to have known what they were doing entering him in what had been his longest (distance) race to date.

Despite building a new turf track from scratch in just nine months both trainer and jockey were all compliments. “It’s very nice..not dry [at all],” said Nass.

Vries has had great experience before in Europe and will likely get other big assignments in the future, especially with the Dubai World Cup looming next month.

“It’s a lovely and very fair track and amazing how they did it in a short period of time.” 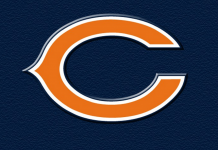 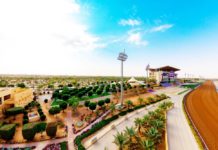 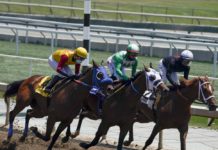