Sports, at least in the newspaper business, was described as the toy store of journalism. Nothing really of any importance, just a game. That description never has been accurate although for decades sports journalism consisted of here is the final score and here is how a team won or lost. The 2022 World Cup is still scheduled for Qatar and while there is no need to feel sorry for the country of Qatar or the organizing and governing body of soccer, FIFA, there is a major problem that has cropped up in the preparation of the stadiums for the World Cup. A number of countries including Saudi Arabia and the United Arab Emirates are boycotting Qatar for what those countries feel is support of terrorism. The problem? The boycotting countries are supplying Qatar with materials needed to build the World Cup venues. Qatar should never have been awarded the 2022 World Cup and this diplomatic break up is just the latest issue.

The list of problems include the rights and deaths of venue guest workers. The Qatar World Cup was denounced in 2016 by Amnesty International which condemned working conditions for those who were building the facilities and infrastructure. The group made its position clear based on interviews it did with workers who were brought in to help construct the stadiums. Those workers lived in labor camps, were in debt and were not getting money that they were promised for taking the jobs. The workers also had their passports taken away and could not return home. The Amnesty International report estimated that as many as 1,200 workers died since 2010. In December, 2016, to mollify critics, Qatar passed a law that allowed 1.6 million foreign workers who have completed work contracts to change jobs. Businesses who took away employees’ passports could be fined.  The FIFA organization needs to move the tournament. 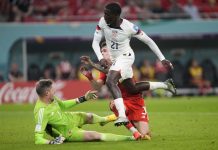 2PM/ET Live Iran vs. US: Watch Party right here join us with your questions and comments. 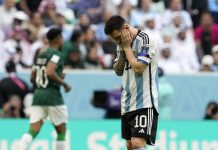