INDIANAPOLIS (INDYCAR) – The NTT INDYCAR SERIES is right back at it this weekend with the Firestone Grand Prix of St. Petersburg on Sunday, April 25 on the action-packed streets of St. Petersburg, Florida.

The second race of the season comes on the heels of a thrilling season opener Sunday, April 18 at Barber Motorsports Park. With drivers on different fuel strategies, the race played out into a four-way duel among young stars seeking their first career NTT INDYCAR SERIES wins, Alex Palou and Pato O’Ward, and series veterans and champions Will Power and Scott Dixon. Palou earned that coveted first win in the No. 10 SEGI.TV Chip Ganassi Racing Honda, taking the checkered by just .4016 of a second over Power’s No. 12 Verizon 5G Team Penske Chevrolet.

Last season, Palou’s new teammate Dixon opened the year with three straight NTT INDYCAR SERIES wins. Can the Spaniard keep that trend going this weekend in St. Petersburg, or will the series see another first-time winner, such as O’Ward or newcomer Romain Grosjean? Or maybe a seasoned veteran such as Sebastien Bourdais, Josef Newgarden or Will Power will stand atop the podium at the 1.8-mile, 14-turn street circuit?

Here are a few key things to look for this weekend in St. Petersburg:

Two-time NTT INDYCAR SERIES champion Josef Newgarden had a weekend to forget at Barber, arguably his best track in the series. Newgarden started a Lap 1 melee in Turn 5 when he lost control of his No. 2 Hitachi Team Penske Chevrolet at the exit of the uphill corner.

It was a rare mistake by the three-time Barber Motorsports Park winner, but there’s no better place for Newgarden to rebound than at the track where he has won the last two races.

Newgarden won the 2019 and 2020 editions of the Firestone Grand Prix of St. Petersburg, the latter of which was the season finale last October and continued a five-year trend of drivers winning back-to-back in Florida: Juan Pablo Montoya won in 2015-16 and Bourdais won in 2017-18 before Newgarden began to reign supreme.

Regardless of if he extends his winning streak or hands the top spot on the podium to another athlete, Newgarden’s rise from 23rd in the points standings must start this weekend.

Will Power is the greatest qualifier in modern INDYCAR history. His 62 career poles put him just five behind the all-time INDYCAR record of 67, set by the legendary Mario Andretti.

The tale of Power’s qualifying success can best be told through the Firestone Grand Prix of St. Petersburg, where he has won nine of the last 11 poles, including for the last two races.

The only two drivers to score a pole in the last 11 years in St. Petersburg not named Will Power are Takuma Sato in 2014 and Robert Wickens in 2018. In total, Team Penske has won the pole position in 10 of the past 14 St. Petersburg races.

Power has scored at least one pole position in each season since 2009, including five last year. It’s a sure bet that the 2014 series champion will come close to catching Andretti’s record this season, and don’t be surprised if his pursuit starts during NTT P1 Award qualifying Saturday afternoon. 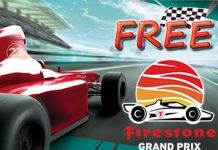 Today from 10 A.M. till noon watch live the Firestone Grand Prix of St. Petersburg Pre-Race Show then catch the race on WWBA

The Firestone Grand Prix of St. Petersburg HAS BEEN CALLED OFF!!!!