Rays Extend Win Streak To Six In A Row

The Tampa Bay Rays defeated the Miami Marlins 7-2 on Sunday afternoon. It marked the first time in franchise history they have scored six or more runs in seven consecutive games.

Yonny Chirinos (9-5, 3.62 ERA) picks up the win for Tampa Bay who match their season high-water mark of 17 games over .500 at 65-48. With the win the Rays sweep the season series against Miami for just the third time (when playing multiple series in a season) in franchise history.

Caleb Smith (7-5, 3.35 ERA) takes the loss for the Marlins who fall to 42-67 on the season and 20-32 on the road. Smith worked five innings allowing three runs (one earned) on six hits while striking out four and walking four. `

The Rays scored the first run of the game in the bottom of the first in large part thanks to the defense of the Marlins.

Caleb Smith walked Matt Duffy on four pitches to leadoff the game, but Tommy Pham sent a double play ball to shortstop Miguel Rojas who had the ball bounce off his glove allowing Duffy to advance to third. Jesus Aguilar popped a ball up in foul territory that catcher Bryan Holaday could not locate allowing the plate appearance to continue.  Aguilar then delivered a sacrifice fly scoring Duffy and giving Tampa Bay a 1-0 lead.

Things didn’t improve for Smith and the Fish. Tommy Pham stole second when Starlin Castro was unable to hold onto the throw from Holaday. The inning continued when jon Berti was unable to cleanly field Avisail Garcia‘s slow roller. Micheal Brosseau made the Marlins pay for the miscuses delivering a 2-out RBI single to put the Rays up 2-0.

All told, Smith threw 29 pitches in the inning allowing a pair of runs when he should have thrown around 10 in a scoreless fram.

**With his single in the second inning, Tommy Pham has now hit safely in nine consecutive games.

Micheal Brosseau picked up his second RBI of the game belting his fifth homer of the season with 2-out in the bottom of the third. The homer came on an 0-2 pitch.

Anderson Gets Marlins On The Board:

Brian Anderson hit a solo homer for the Marlins first hit with two out in the fourth inning to cut the Rays lead to 3-1.

Chirinos worked five innings allowing just the one run on Anderson’s homer. He allowed three hits while striking out four and walking one. He threw 63 pitches and 45 for strikes. He departed the game with right middle finger inflammation.

There is a little concern about Chirinos’ finger. “We’re going to get it checked out for sure and see how he bounces back tomorrow.” Cash said. “That was kind of the thought in taking him out of the game, he could have continued pitching. Fingers, wrist, all those things are a little tricky so we’ll get the doctors to look at it and have more information tomorrow.”

With today’s five innings, Chrinos surpassed his 2018 innings pitches (122.1) and he is now at 126.1. He will have to be monitored throughout the rest of the year.

Diego Castillo retired the Marlins on seven pitches as the opener on Saturday. He entered the game in the sixth and immediately gave up a triple to Miguel Rojas who has now hit safely in 11 straight games. He came back to strikeout Jon Berti and retired Garrett Cooper on a grounder to first before issuing a free pass to Brian Anderson.

With the left handed hitting Curtis Granderson due up, Rays Manager Kevin Cash went to his bullpen and called on lefty Colin Poche. The Marlins attempted a double steal that was unsuccessful as Willy Adames took Mike Zunino’s throw and returned fire nabbing Rojas at the plate.

Rays Break It Open in Seventh:

Tayon Guerrero entered the game in the seventh and walked Tommy Pham to open the inning and Jesus Aguilar sent him to third with a single. Travis d’Arnaud sent a single up the middle that hit the glove of Miguel Rojas slowing it down enough to allow Aguilar to truck over to third.

Avisail Garcia followed with a double off the centerfield wall scoring both Aguilar from third and d’Arnaud from first.

Jesus Aguilar put an exclamation point on the day by belting a solo homer, his ninth of the season and first as a Ray.

Poche and Kittredge Finish It Off:

UP NEXT FOR THE RAYS: 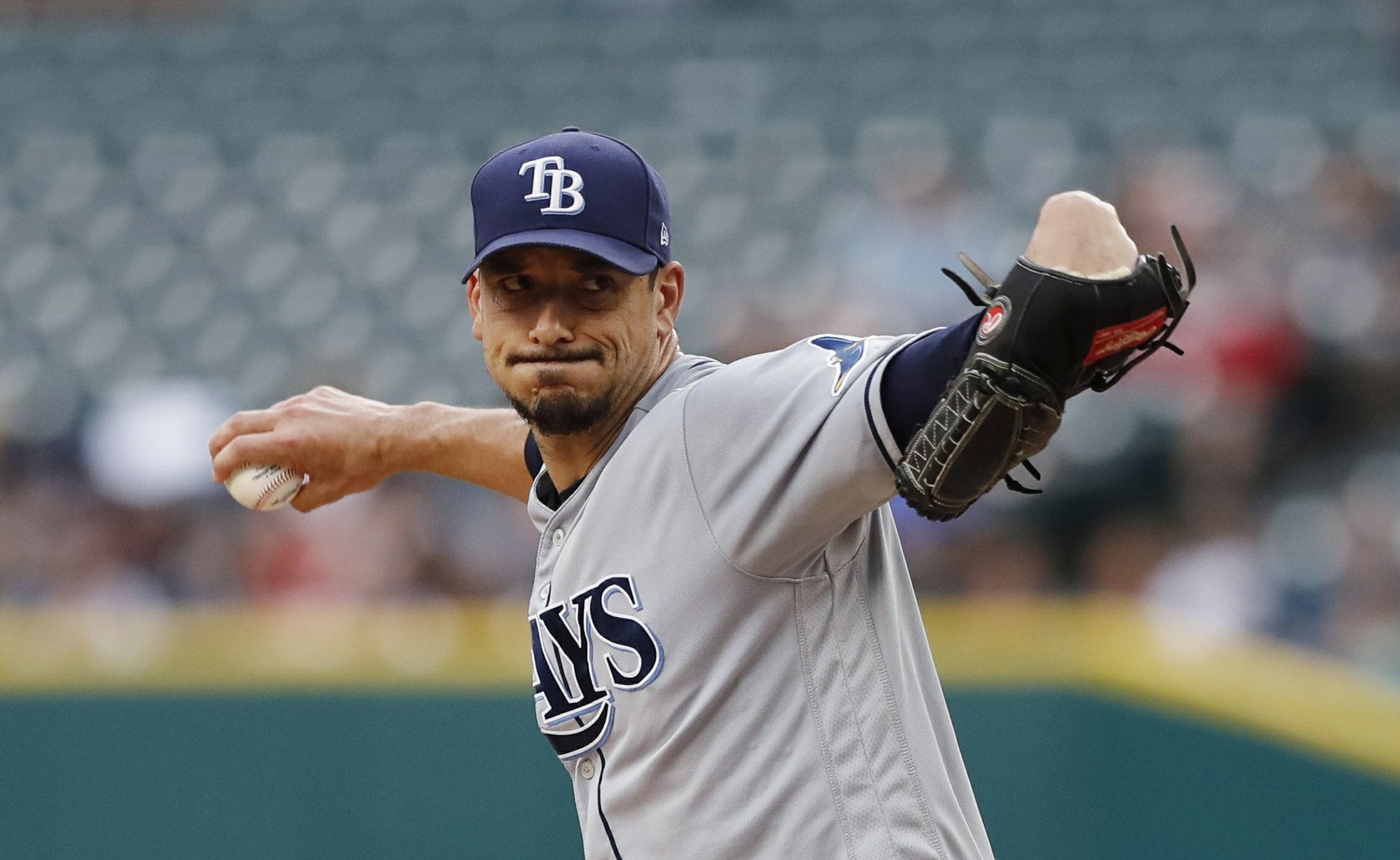