Rays Force A Winner Take All Game Thursday In Houston

The Tampa Bay Rays scored three times in the first inning and held on to beat the Houston Astros 4-1 to force a winner take all game Thursday night in Houston.

Ryan Yarbrough picked up the win for the Rays and Blake Snell retired the final two hitters to earn the save. Justin Verlander took the loss for the Astros.

With the win, Tampa Bay evens the best-of-five series at two games apiece and improve to 8-4 all-time when facing elimination. It was their third elimination game victory this postseason including the Wild Card win over the Athletics.

The road to meeting the New York Yankees in the American League Championship Series is not an easy one as they will have to get past Gerrit Cole on Thursday in Houston. The Rays will counter with Tyler Glasnow.

“It’s always important to prepare for game 5. Lining up, I was assuming I would get it.” Glasnow said. “It was important to stay prepared, knowing I could have gone out of the bullpen yesterday and today. Luckily, we played super well, and I’m excited to pitch in game 5.”

Justin Verlander, working on just three days rest, wasn’t sharp as he lasted just 3.2-innings taking the loss for the Astros. He allowed four runs (all earned) on seven hits while striking out five and walking three. He labored in his short outing throwing 84-pitches with 52 for strikes.

Castillo With A Scoreless Open:

In the top of the first George Springer beat the shift and sent an single to right. Castillo came back to retire Micheal Brantley on a strikeout looking and then both Jose Altuve and Alex Bregman swinging.

Castillo remained in the game to open the second and recorded a pair of outs and walked Yuli Gurriel. After the walk, Ryan Yarbrough took over and retired Josh Reddick to end the inning.

Castillo worked 1.2 scoreless innings allowing one hit while striking out three and walking one.

Tommy Pham put the Rays on top in the bottom of the first delivering a solo homer to left on a 2-2 pitch from Justin Verlander. It was Pham’s first homer of the ALDS and second of the postseason. He also homered against the Oakland Athletics in the Wild Card game. The ball left Pham’s bat at 107.8 miles per hour at a launch angle of 17 degrees and traveled 408 feet.

Pham’s intensity was on display all September when he repeatedly offered that he was telling his teammates how rewarding postseason baseball was. To make his point, Pham has found another gear. “He’s dialed it in, yeah. Whatever intensity level he gets to during the regular season, he’s got another one that he can get to in the postseason.” Kevin Cash said. “I got to be careful with what I say to him sometimes during the game because I don’t want him to pinch my neck.”

Pham, who leads all players with nine hits this postseason disshes some credit to the back-to-back 30,000+ nights in attendance providing a charged atmosphere for the energy. “It’s been amazing. I said earlier after the game that I’ve played in atmospheres like this, you know. But none of my teammates or most of my teammates haven’t.” Pham said. “They’re all young and inexperienced in the big leagues. So I’m happy that everyone here gets to play in this kind of atmosphere, because once you get a taste of it, you just want more of it.

You see how much it’s helping us. Like the crowd is getting loud, everyone is on their toes, ready to make a play, wanting to make a play. It’s propelled us here.

After Pham homered Ji-Man Choi, with the crowd chanting his name, drew a walk and moved to second on a scorching single off the bat of Avisail Garcia.

Justin Verlander retired Brandon Lowe but Travis d’Arnaud, as he has so many times during the season, delivered a clutch single to drive in Choi for the Rays second run. Joey Wendle followed with a double into the right field corner scoring Garcia and giving the Rays a 3-0 lead.

Verlander struck Kevin Kiermaier out to end the inning but not before eight Rays had come to the plate and they had scored three times and forced him throw 32 pitches.

A Perfect Relay Takes An Astros Run Off The Board:

The Astros had a run taken off the board in the fourth inning and it took a perfect relay throw to do it. Jose Altuve was on first with one out when Yordan Alvarez hit a line drive over Kevin Kiermaier’s head. Kiermaier got the bounce off the wall and fired a strike to Willy Adames who threw a laser to Travis d’Arnaud in time to nail Altuve at home.

Yarbrough exited the game following the play at the plate. Overall he gave the Rays 2.0 scoreless innings on two hits. He didn’t strikeout or walk a batter.

The play was one of, if not the biggest, momentum changer in the game. “That was probably the biggest play of the game. I mean, you cannot execute or relay any better than that, from KK [Kiermaier] to Willy [Adames], T.D.’s {Travis d’Arnaud] tag. You’re not talking about a catcher running around or some big lumbering guy, it’s Jose Altuve.” Kevin Cash said. “Everything had to be perfect, and it was. It was a bang-bang play.”

Adames admitted to being excited on the play. “That’s a play I always want to make. I always want to try to make the throw. Today, we started with that great throw that KK did to me, and, you know, we were able to get Altuve out, who’s pretty fast.”

Willy Adames play to nab Jose Altuve at home in the top of the fourth was impressive, but His home run to lead off the bottom of the fourth was equal in magnitude. The ball exited the bat at 108.3 miles per hour at a launch angle of 34 degrees and traveled an estimated 421 feet hitting the d-ring in the outfield. It was his second homer of the postseason and gave the Rays a 4-0 lead.

Anderson With A Career High Innings:

Nick Anderson was efficient needing just 22 pitches (14 for strikes) to give the Rays 2.1-innings of scoreless relief. The 2.1-innings pitch mark a career best for a single game.

With 2-out in the top of the eighth, former Ray Robinson Chirinos homered to cut the deficit to 4-1. It was the last batter Colin Poche faced as he turned the ball over to Emilio Pagan. Poche worked 1.2-innings allowing just one earned run on one hit while striking out two and walking none.

Emilio Pagan closed out the eighth and stayed in to work the ninth. He retired Michael Brantley for the first out but then walked Jose Altuve and allowed a single to Alex Bregman to put runners at the corners and bring the tying run to the plate.

With the left-handed hitting Yordan Alvarez due up, Kevin Cash summoned Blake Snell from the bullpen. While Snell has 97 career starts under his belt, he had never made a relief appearnce in the big leagues.

Snell struck out Alvarez swinging for the second out and then Yuli Gurriel grounded out to second to end the game. 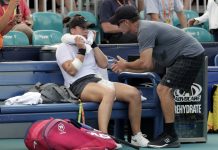