The Tampa Bay Rays moved back over .500 by defeating the Detroit Tigers 3-2 Saturday afternoon.

Chris Archer (5-4, 3.75 ERA) worked six innings holding the Tigers to two earned runs on six hits while striking out eight and walking one.

Daniel Robertson went 2-for-4 driving in a pair of runs and Mallex Smith singled in Robertson with the game winning run in the seventh.

Jumbo Diaz worked the seventh and retired a batter in the eighth before handing the ball to Alex Colome with the tying run on second.

Colome for the final two outs in the eight and kept the Tigers at bay in the ninth earning his 19th save.

Michael Fulmer (6-5, 3.45 ERA) allowed three earned runs in 6.2-innings of work on six hits while striking out three and walking four. The loss drops the Tigers to 32-35.

Robertson finished the game 2-for 4 with a pair of runs driven in. He has five RBI over his last two games. He has also reached base in each of his last 17 starts.

Colby Rasmus finished the game 1-for-4 extending his hitting streak to eight games. He is batting .462 (12-for-26) in that span.

The win ended a streak of three straight games in which the team blew a lead. The Rays have blown a lead in 24 of their losses, most in the majors. 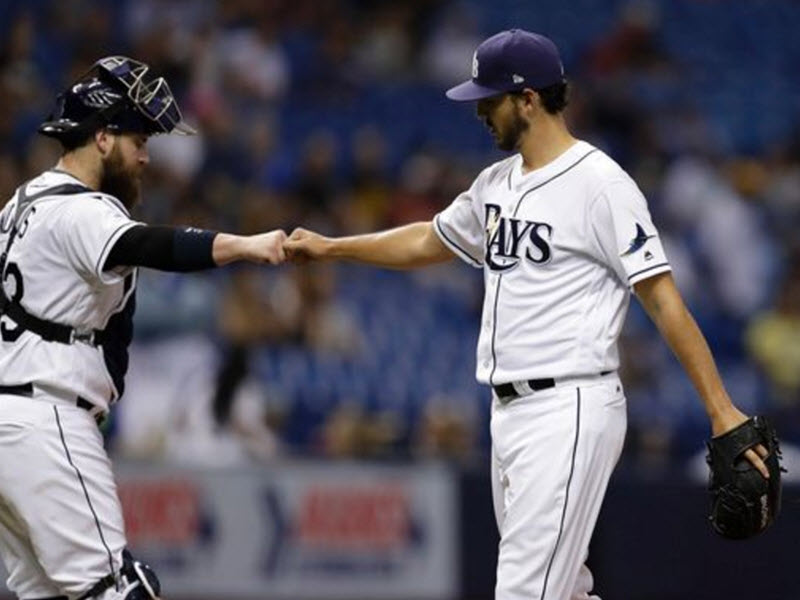