Snell Didn’t Have It Until He Needed It

It’s the Rays 14th shutout of the season and second in as many nights. Prior to last night, the Rangers hadn’t been shutout at home this season.

Blake Snell (20-5, 1.97 ERA) worked five scoreless innings allowing just one hit while striking out five and walking two. He struggled with his arsenal needing 92 pitches (58 for strikes) to get through the five frames.

In winning his 20th game of the season he becomes just the second Rays pitcher to do so joining David Price who went 20-5 in 2012. He also won his eighth straight decision and struck out his 200th batter on the season.

Tampa Bay banged out 15 hits led by Joey Wendle with four and Jesus Sucre with three. It was Sucre’s third three hit game this season and Wendle’s first four hit game with the Rays and third of his career.

Despite the 15 hits, Tampa Bay struggled to push across runs going 3-for-15 with runners in scoring position, stranding 13 runners on base.

Willy Adames blasted a 2-run homer, his 10th of the year, to give the Rays a 2-0 lead in the fourth. Joey Wendle doubled in Jesus Sucre in the fourth. Ji-Man Choi grounding into a fielders choice to score Wendle in the seventh for the final run. 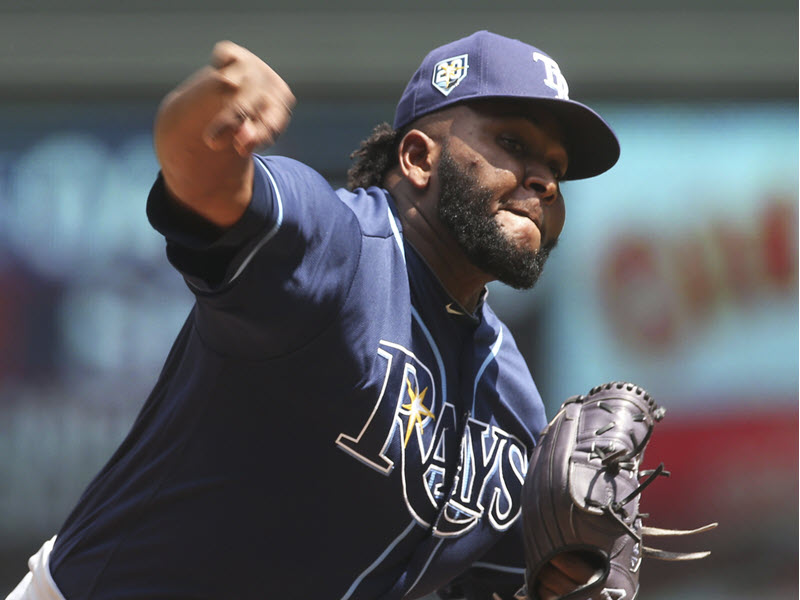 Tampa Bay finishes their season series against the Texas Rangers on Wednesday afternoon at 2:10.  The Rays lead the season series 4-1 and will send Diego Castillo (3-2, 3.24 ERA). The Rangers counter with left hander Yohander Méndez (2-1, 3.86 ERA).