Jersey City, NJ- When the Sunday sun rose on Lady Liberty, Patrick Reed held a one stroke lead for The Northern Trust Lead. Only Abraham Ancer immediately trailed and five other golfers were within two strokes. Reed wanted a win for the first time since his Masters Championship 16 months prior. Through a chaotic day with lead changes, a duel with Ancer, and both heckling and support from a boisterous New York gallery, Reed triumphed.

The 29 year old Texan rode a roller coaster on the front nine. He hit only two of his first seven greens in regulation. But both turned into birdies (Holes 1 and 5). Reed’s accuracy problems resulted in three bogeys on the front though.

While Reed sorted his game out, Jon Rahm rose up the standings to claim the lead with three birdies on the front and two straight on 12 and 13. Unfortunately, the Spaniard slumped on the back with three bogeys, including two consecutive on 14 and 15. He ended at -14.

Harold Varner III took a run at his first PGA victory with three straight birdies on the back. But alas, Varner had chances for birdie putts on 16, 17, and 18 for a possible three extra strokes and missed all three. He ended at -3 for the round and -14 for the tournament. The third place finish lifted him from 102nd in the FedEx Cup Standings all the way to 29th (the biggest jump this weekend), securing a spot at the BMW Championship at Medinah Country Club, in Illinois.

Reed’s playing partner gave him the biggest challenge. Abraham Ancer entered Sunday one stroke back and looked for his first PGA win and the first PGA win for a Mexican born player since Victor Regalado claimed the 1978 John Deere Classic. Ancer matched Reed with his own roller coaster on the front, with two birdies and two bogeys. He improved with birdies on 16 and 17 and trailed Reed by one stroke walking down the eighteenth fairway. Unfortunately, his approach shot landed too far for a clear birdie putt and he ended up paring the hole.

Ancer ended at -15, one back of the lead. The second placed finish is the 28 year old’s best career outing. He improves his President’s Cup odds but still has work to do. And he jumps from 67th in the FedEx Cup Standings all the way to 8th, securing a spot at the Tour Championship at East Lake in Atlanta in two weeks, the first spot for a Mexican born player in the twelve year history of the FedEx Cup.

As the round waned and challengers faded, Reed corrected course with a pair of birdies on 14 and 16 and pared out the final two holes to finish at -2 for the round. The -16 (268) secured his second Northern Trust victory (2016 at Bethpage Black), and seventh career victory on the PGA Tour.

He jumps from 50th in the FedEx Cup Standings to 2nd, only 502 points behind Brooks Koepka. Reed is a lock for the Tour Championship in Atlanta for the sixth consecutive year.

“It was a grind out there today, that’s for sure. Felt amazing being back in that position, having a chance to go into Sunday with the lead and to flip the round throughout the middle of the round Today was a great feeling.”

He joins the top 70 players in the FedEx Cup Standings at the BMW Championship next week at Medinah. Among the notables not advancing are Bubba Watson, Sergio Garcia, Russell Henley, and Henrik Stetson. 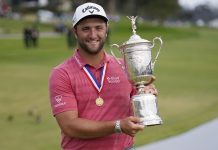 A look back at the U.S. Open Column: A little karma of its own happens for Jon Rahm 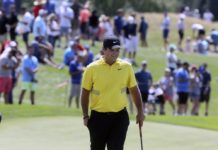 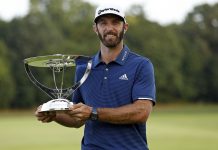 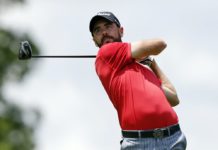 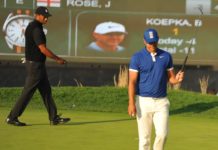 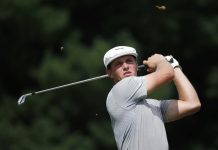