Nevada Gaming Control Board figures put the 9.2% in winnings for 184 sports books as the fourth-highest during the last 10 years.

The Chiefs went into Sunday’s NFL championship game as a 3-point favorite. The Buccaneers won 31-9.

The 2018 Super Bowl, an upset 41-33 win by the Philadelphia Eagles over the favored New England Patriots, drew nearly $158.6 million in bets and earned sports books just $1.2 million or 0.7% in winnings.

AP TOP 32 Power Rankings:Cards, Packers, and Buccaneers remain at the top of the group. 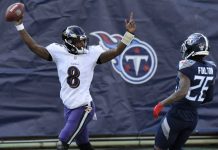 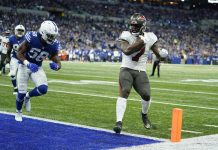