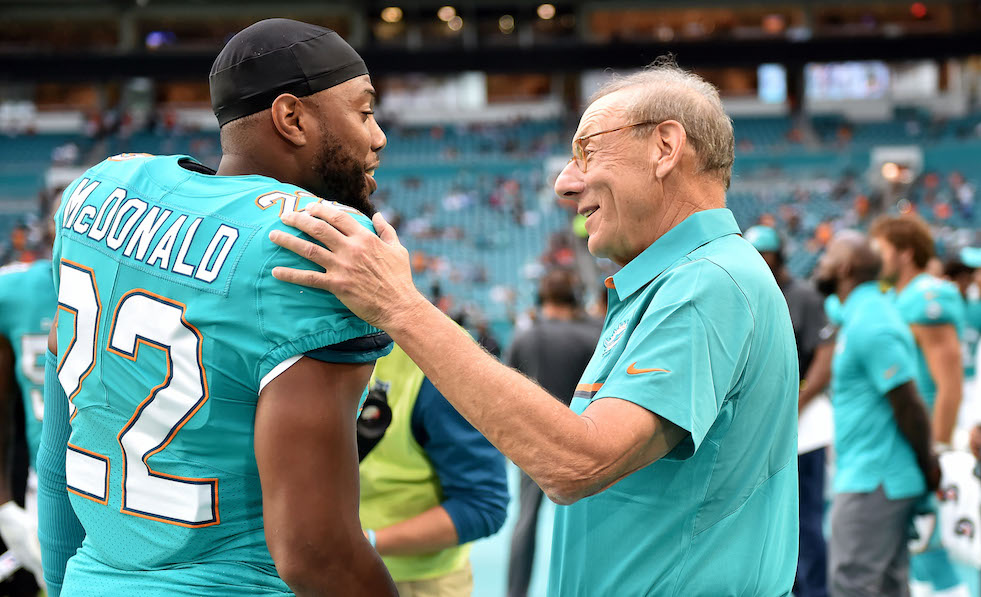 Dolphins owner Stephen Ross has donated $1 Million to recovery efforts following Hurricane Irma. The Miami Dolphins have also declared they will engage in a myriad of long-term rebuilding efforts to aid areas devastated by the hurricane.

While Florida’s west coast bore the brunt of the catastrophic storm, Irma’s 425-mile radius cast a large shadow across the entire state of Florida. The physical and psychological damage stemming from Irma is extensive, but Ross and the Dolphins are dedicated to doing their part in ensuring that Florida rebounds from the storm.

“The devastation throughout Florida was heartbreaking, but I was inspired by the resilience and spirit of our state to help rebuild,” said Ross. “Our most heartfelt thoughts and prayers go out to those impacted by Hurricane Irma and we are committed to helping in long term recovery efforts.”

The Dolphins have also partnered with AARP on a dollar-for-dollar matching campaign. 100 percent of the money raised will go directly to communities affected by Hurricane Irma.

While Irma was barreling down on Florida, football was put on the backburner while safety became a primary concern. Owner Stephen Ross again stepped in a major way, sending relatives of Dolphins’ players and staff to Los Angeles, California to avoid Hurricane Irma.

The Dolphins are preparing for their Week 2 matchup against the Los Angeles Chargers, and they’ll be practicing at the Dallas Cowboys’ training camp site in Oxnard, California. Ross has also stated that he’ll pay to send family members back to Miami when conditions are deemed suitable for return.

The Dolphins will play their home opener on Oct. 8 against the Tennessee Titans in hopes of avenging a 30-17 drubbing by the Titans in Week 5 of the 2016 season.

The Dolphins will utilize their previously scheduled Week 11 bye to makeup their Week 1 matchup against the Tampa Bay Buccaneers on Nov. 19. The NFL has since rejected the Dolphins request to move their Oct. 1 game against the New Orleans Saints in London to Hard Rock Stadium.